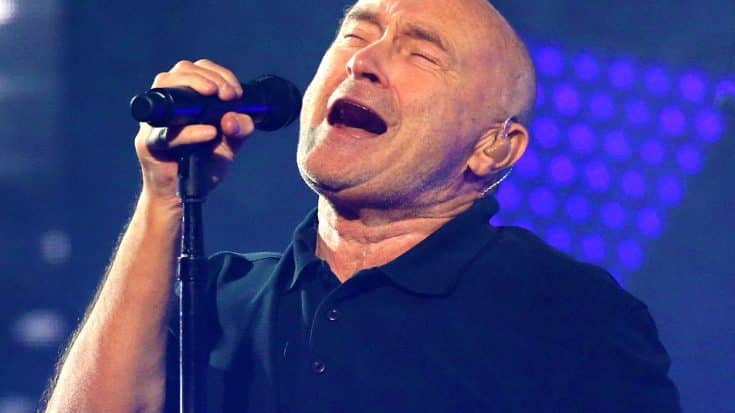 In a rare interview, Phil Collins has updated fans about his current health issue, and how it’s going to affect his performance on stage. The 70-year-old rock legend appeared on BBC Breakfast where he revealed that he’s no longer able to play the drums. His son, Nic, will take over the drumming duties moving forward.

“I’d love to but you know, I mean, I can barely hold a stick with this hand. So there are certain physical things that get in the way,” Collins said about drumming. “I’m kind of physically challenged a bit which is very frustrating because I’d love to be playing up there with my son.”

Genesis’ The Last Domino Tour, which has been delayed because of the pandemic, kicks off next month. Collins will reunite with bandmates Mike Rutherford and Tony Banks. The last time the trio played together was in 2007 for the band’s 40th anniversary. When this trek ends, however, Collins is uncertain if he wants to continue touring.

“We’re all men of our age, and I think to some extent, I think it probably is putting it to bed,” he explained. “I think yeah, I think just generally for me, I don’t know if I want to go out on the road anymore.”

He suffered a spinal injury in 2007 and a few years ago, he underwent a surgery that left him with nerve damage.