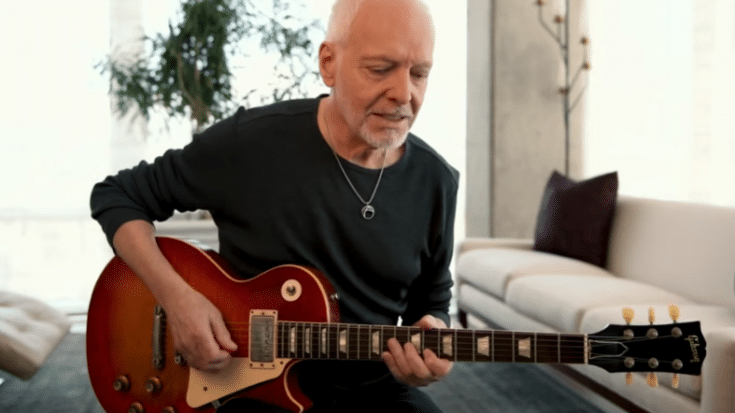 Instead of rushing into a new publishing rights agreement, Peter Frampton decided to keep an eye on his legacy.

A deal with BMG has finally been made official for an unnamed artist, who now joins the long list of veteran musicians who have recently ventured into this kind of deal including Bruce Springsteen, Bob Dylan, and Stevie Nicks. Frampton said:

“I am so pleased to join the BMG family. As an artist-first company, I trust BMG will care for my legacy and that my songs are in good hands.”

The corporation’s U.S. president of repertoire shared that the discussions about the deal all started three years ago and that “Peter Frampton is iconic, and he fits perfectly to our roster. The different artists and icons he was working with – [David] Bowie, Harry Nilsson – along with the artists we work with, it fits perfectly. It fits our expertise. This is the music we know we can market.”

Meanwhile, the 72-year-old artist just recently wrapped up his farewell tour. Although he was seated during his performances, due to his body myositis, Frampton is trying his best to complete a new recording for his fans. He said in a statement:

“I enjoy co-writing and have done it for ages with various different people, and I always enjoy it. But I think when I wrote on my own, it’s much more … uniquely me.

“I might do things in writing a song that other people would say, ‘Oh, no, you don’t want to do that. We shouldn’t go there.’ but on my own, I can be like, ‘Uh-uh, I’m going there.”

A release date on when it will be released is yet to be confirmed.