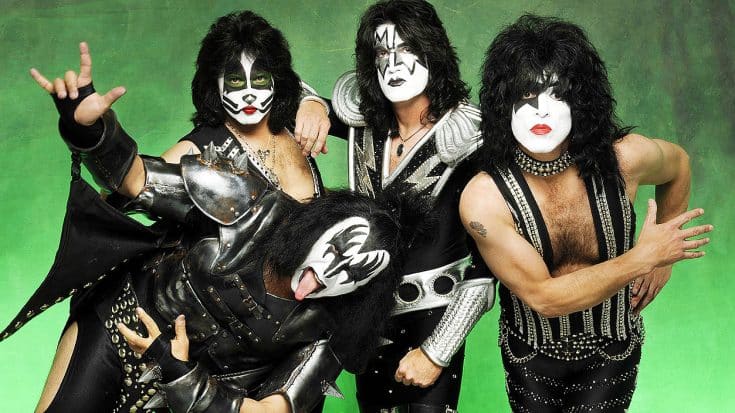 For nearly 45 years, KISS have been dominating the rock n’ roll world. With a countless amount of hits, and being known for revolutionizing music with their stage presence and effects, they have been able to remain relevant and their legacy has held up even to this day!

However, the band is aging, and the “rock n’ roll all night, party everyday” lifestyle is quickly catching up to them. So much so, that recently drummer Peter Criss announced that the next few upcoming live performances, will be his last. Peter is contemplating retiring from live appearances with the band. Criss says the upcoming shows and appearances at KISS conventions in Australia and New York are set to be his last. He claims that he is moving on to do better things.

“You know what?! I’m 71. That scares me when I say that [laughs], but if you’re around me, I’m like a 15-year-old kid — I really am. But I’ve had an amazing career in music. I was around in the ’60s and ’70s, which was about the best time to be a musician. I actually saw Janis Joplin, Jimi Hendrix and Jim Morrison and THE BEATLES when I was young. I’ve seen the greatest of the greats perform. I grew up at a time when music was so cool. There was Bob Dylan, and things were changing — things were becoming amazing for musicians in the world. So I played clubs for 15 years, then I started the band with the guys.”– Criss told Rockpit.

Criss continued to add his opinions on the state of rock music currently.

“I’m a big BEE GEES fan, I was watching the salute to Barry [Gibb, the last surviving member of the BEE GEES], I’ve been a big fan since they started, and I love that he got up there and performed. And I see now all these guys, from THE ROLLING STONES, Paul McCartney, Rod Stewart, and we’re all in our 70s now, and I hate to say it, but we’re dying out, and that’s so real. There’s less rock and roll in the world, less music in the world, and it’s kinda sad.”– Criss said.

Criss reaffirmed that he is in perfect health, and that it played no role in his decision-making. Congratulations on a great career, Peter!