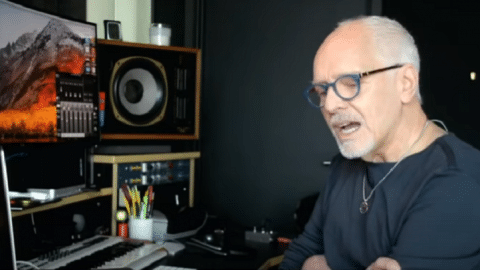 He Considered The Offer

Peter Frampton has recently revealed that Pete Townshend called him up and asked him to replace Townshend in The Who. Frampton talked about the incident during his interview with The Guardian and in his memoir titled “Do You Feel Like I Do?” released on October 20.

At the time, he was struggling financially and was at a low point in his life. He then got a call from Townshend who said that he was leaving his band and therefore looking for a replacement. Frampton called it “the most bizarre thing I ever heard” and added that “Three men couldn’t fill his shoes!”

He initially turned the offer down but a few weeks later, his financial problems propelled him to call back Townshend but the latter seemed like he totally forgot the entire conversation.

In his autobiography, he gave more details about what happened. He wrote (excerpt from Rolling Stone): “My career was in the toilet, basically. I can’t afford the mortgage; it’s not looking good. I was in the kitchen one day and I got a phone call from Pete Townshend.”

He continued, “So I get this call from England. “Hey, Pete, it’s Townshend here, Pete Townshend.” Oh, blimey, how are you? Long time. He said, “Yeah, so I’ve made this decision that I’m not going to tour with the Who anymore. I’ll still write the songs, but I want you to take my place, and . . .” Wait, what? I remember the first thing that I said — when he paused — I said, “That’s an enormous pair of shoes to fill! I can’t do that.” He said, “Yes, you can. I’ll be there with you.”

“I said, “Wait a second, Pete. Have you spoken to Roger or the others about this?” And he said, “Not yet, I’m going down to talk to them tomorrow.” I said, “Okay, why don’t you call me back when you’ve had a chat with them about this. They don’t know you’re not going to tour anymore?” “No, not yet; they’ll know tomorrow.””

Frampton freaked out and told his then-wife Barbara, “This doesn’t sound right. This is off. This doesn’t make sense at all.”

He considered it a “wonderful offer” and “an honor”. But he would only play with The Who with Pete Townshend in it, not on his own. He had nothing going on at the time so he had time to think about it. He became increasingly anxious until his wife told him to call Townshend.

Frampton recalled, “I find him in a studio somewhere in London; it took me four or five calls to get him and all I let him get out was, “Oh, hi, Pete.” And I said, “You haven’t called me back in three weeks! I got nothing going on in my career and the inventor of the Who—the songwriter, and the major player in the Who—calls me up and offers me his position in the band and then doesn’t call me back! You’ve left me hanging.” He said, “Oh, I’m so sorry.” I’ve never heard Townshend like that before. I had to make him understand, hey, you fucked me up for three weeks here; it’s not been a good three weeks for me. He apologized profusely saying, “I’m so sorry, I should never have done that.””

They met a few months later backstage at a Bruce Springsteen concert, hugged it out and moved on.