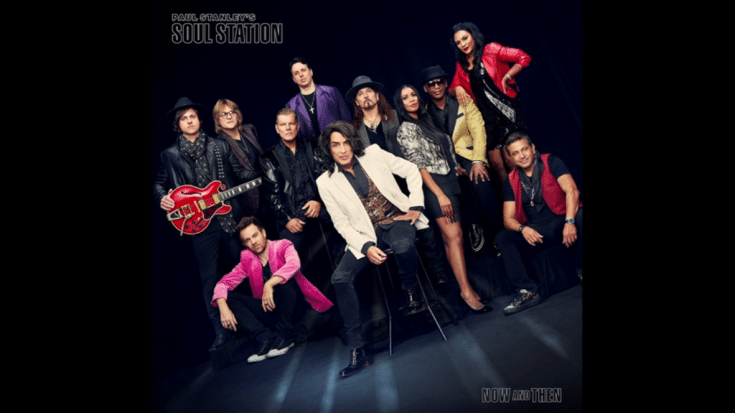 His Upcoming Album Will Be Out In March

Paul Stanley has just released the latest single from his Soul Station project – an original material titled “I, Oh I”. The album was announced back in January and slated for release in March 19 via Universal Music Enterprises. He already previewed it with “Could It Be I’m Falling In Love” and “O-O-H Child”. The fourteen-track LP features five original songs while the other nine are classic soul covers.

Stanley spent the past few years working on this project. He said in a press release, “I started to think that neither the band or the music we love should depend only on the past, so I started writing with the goal of seamlessly taking songs into the present.”

Soul Station debuted in 2015 and they even embarked on a tour across US and in Japan. While KISS is mostly known for their heavy rock sound, Stanley took a different route musically and went for soul music. It’s something that he loves and is extremely passionate about. He also admitted that it’s bound to surprise people, particularly longtime KISS fans who are not used to this side of him.

But he explained, “I’m a singer, and I choose to sing whatever I choose to sing at any given time. So, really, honestly, it’s as natural for me to sing Philly soul as it is to sing rock. It’s just I haven’t done it publicly.”