Paul Simon Hints At The Inevitable – Has The Time Finally Come? 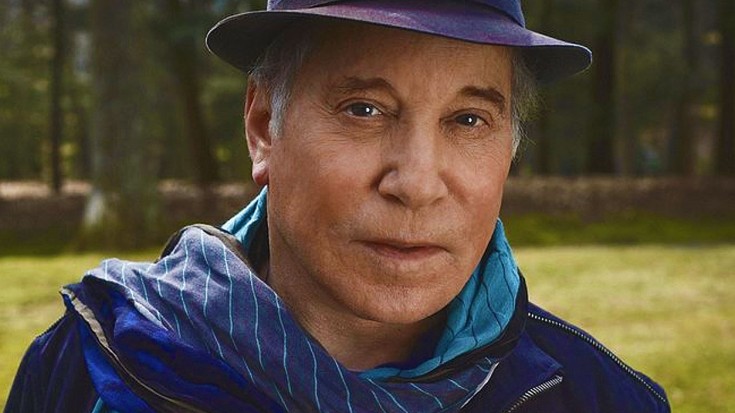 The events of recent months have made the bands and artists of our youth face their own mortality for the first time, forcing them to make the difficult decision to either call it a day on their careers or let nature do it for them. Aerosmith’s Steven Tyler announced plans for an Aerosmith farewell tour, Mötley Crüe have called it quits and Eric Clapton may have just released his final studio album, thanks to a myriad of health issues plaguing the guitarist. Now it appears that Simon and Garfunkel’s Paul Simon is headed towards retirement as well, revealing today that at 74 he realizes his musical career is coming to an end – and he doesn’t mind.

“You’re coming to the end,” admits Simon in an interview with the New York Times. Hot on the heels of the release of his 13th studio album Stranger To Stranger, Paul’s voice is as strong as it’s ever been, but where before performing and writing came easily it now takes the singer days of rest and recovery in between shows and songwriting doesn’t come as easily as it used to.

“Showbiz doesn’t hold any interest for me. None.” – #PaulSimon on possible retirement https://t.co/ogNOyoIGI4

Currently on tour in support of Stranger To Stranger, Paul will be 75 by the time the tour wraps this fall and there are no plans at present for another album or another tour; where most artists would be terrified to free fall into the unknown after a career spanning 6 decades, Paul calls the act of letting go of his career “an act of courage” – an exercise in faith, both in himself and in what he’s built.

“I am going to see what happens if I let go. Then I’m going to see, who am I? Or am I just this person that was defined by what I did? And if that’s gone, if you have to make up yourself, who are you?”