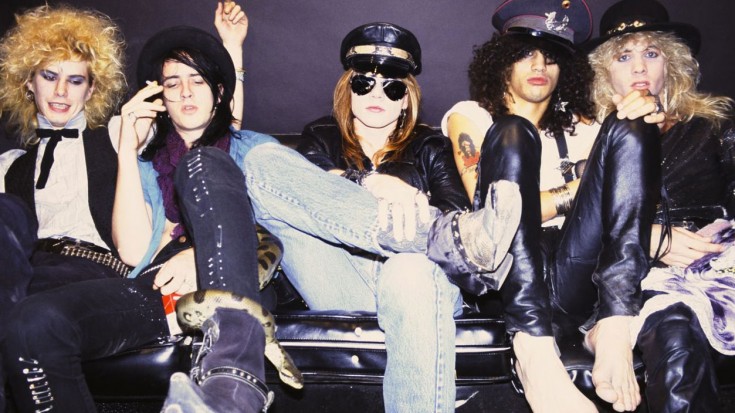 Izzy Stradlin may have gracefully bowed out of Guns N’ Roses’ highly publicized reunion tour, but never fear: he’s back with a whole new round of fun music for us to fall in love with and this time, he’s brought along a special guest! Slated to release a high octane round of brand new music sometime this summer, Izzy unveiled a 30-second clip of his new song “F.P. Money” this morning via his official Twitter account just weeks after he delighted the rock community with “Walk ‘N Song,” his first single in over 4 years; with the help of special guest and former Guns N’ Roses bandmate Matt Sorum, Stradlin’s “F.P. Money” is a heady brew of laid back vocals paired with sharp, graceful guitar licks and a driving rhythm that’s just made for lazy summer afternoons spent cruising with friends.

For those wondering how the Stradlin/Sorum project even came to fruition, Izzy explained in an image posted to Twitter, complete with a few key details as to when fans can look forward to hearing the full version of “F.P. Money” for the first time:

Exciting stuff! Izzy and Matt may not be tagging along on Guns N’ Roses’ Not In This Lifetime… Tour this summer but with music this good, who cares? It’s pretty clear that Izzy’s happy doing his own thing outside the realm of Guns N’ Roses, and any time we get to hear him jam with old friends on his terms is a great day indeed. Check out “F.P. Money” in the audio below and let us know what you think!