David Gilmour Dusts Off THIS Pink Floyd Classic For The First Time In 20 Years – Unbelievable! 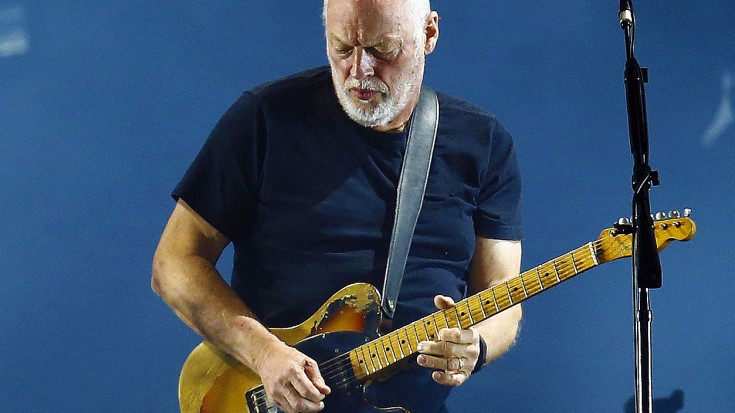 Just days away from making his highly anticipated return to Pompeii after nearly half a century, Pink Floyd guitarist David Gilmour kicked off the latest round of tour dates for his Rattle That Lock world tour in Wrocław, Poland with an explosive 23-song set that spanned the entirety of his career both with Pink Floyd and as a solo artists. Fans in attendance knew to expect classics like “Wish You Were Here” and the epic closer “Comfortably Numb,” but they were floored when David dusted off Pink Floyd’s “One Of These Days” for the first time in 20 years, making it the first time the Meddle instrumental has ever been part of a David Gilmour solo set list.

Fun Fact: The only vocal in “One Of These Days” is the line, “One of these days I’m gonna cut you up into little pieces.”

Broadcasted live on Polish television, Gilmour’s take on the 1971 classic is remarkable in that it doesn’t stray too far from the album cut; broad, sweeping effects paired with a thundering bass line highlight David’s lap steel guitar playing before culminating in an explosive ending that left both the crowd and viewers at home breathless and blown away by the full scope of David’s once in a lifetime talent. If you weren’t able to make it to the actual show to watch the magic unfold, never fear – you can relive another great moment in rock history with pro-shot footage of the performance in the video below!