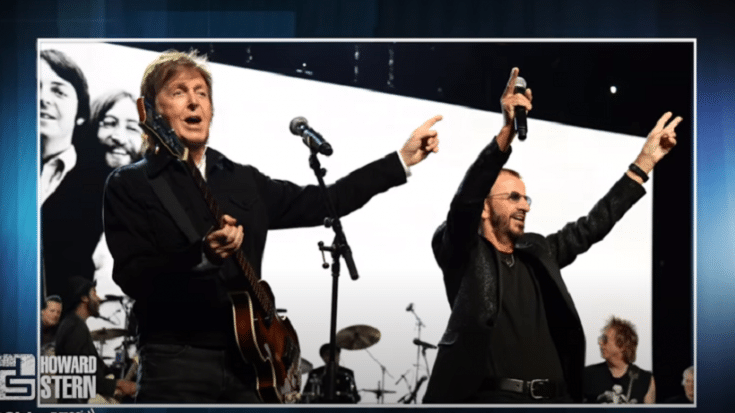 He Called It “Magical”

Paul McCartney was recently on The Howard Stern Show where he discussed various things including how it’s like sharing the stage with former bandmate Ringo Starr after so many years. When Stern said that watching him and Starr play together “was just a phenomenal highlight,” McCartney called that particular performance “fantastic.”

He then added: “You know, I’m normally facing the audience all the time and he’s behind me. But on the last occasion we played together was at Dodgers and half the time, a minute I’d finished a line of vocal, I want to just turn around and just look at him.”

He even called Ringo “my brother.”

McCartney and Starr along with John Lennon and George Harrison ruled the ’60s together. And they’re definitely more than bandmates. They’re family.