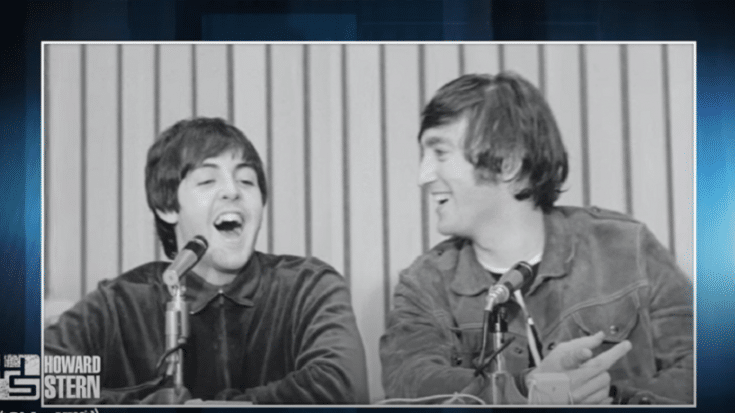 On a recent appearance on The Howard Stern Show via a phone call, Paul McCartney discussed his classic track “Let It Be” and how John Lennon was unimpressed with it because it didn’t sound anything like The Beatles. McCartney shrugged it off because apparently, Lennon liked to “make fun of things.”

McCartney also talked about the upcoming Beatles documentary helmed by “Lord of the Rings” director Peter Jackson. According to McCartney, “[He] got hold of about 54 hours of footage, film footage, that was done when we did the film ‘Let It Be.’ And he’s edited it into a new form.”

He added, “And I’ll tell you Howard, it’s great. I mean, I’m not bullshitting and you see this kind of thing, you see this relationship between me and John, me and George, and you get it.”

When asked about its release date, McCartney pointed out that because of the coronavirus pandemic, “Nobody knows when anything’s coming out right now.”

The film is set to change how we see The Beatles and the making behind their album ‘Let It Be.’ The recording sessions has long been assumed as nothing but a rough time for group but with the new documentary, it’s going to show The Fab Four in a different light – just four guys having fun in the studio.