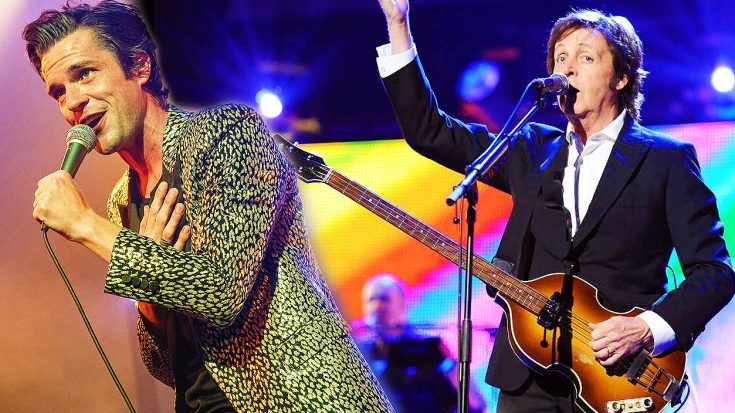 Every year on New Year’s Eve, there are plenty of concerts that bands throw to ring in the new year! These concerts always are extra special because usually bands will bring up special guests to join them for iconic duets! This New Year’s Eve was no different!

During a show this New Year’s eve, Las Vegas rock band The Killers invited the legendary Paul McCartney on stage with them! The Killers stopped their set, and brought up the Beatles legend who crushed a duet of “Helter Skelter” with them. The duet brought the house down, and everyone went absolutley crazy that Paul showed up! The Killers are extremely talented themselves. Lead singer Brandon Flowers has a fantastic voice, and their songwriting and live performances are impecable!

Fun Fact: Paul McCartney wanted to write the “loudest, nastiest, sweatiest rock number we could” after reading a Pete Townshend interview describing a Who track (possibly “I Can See For Miles”) as “The most raucous rock ‘n’ roll, the dirtiest thing they’d ever done.” This was the result. Some historians of popular music now believe that this song was a key influence on the development of heavy metal.

Check out the amazing duet down below and let us know what you think!