Paul McCartney Reveals He Was “Embarrassed” By “Yesterday” 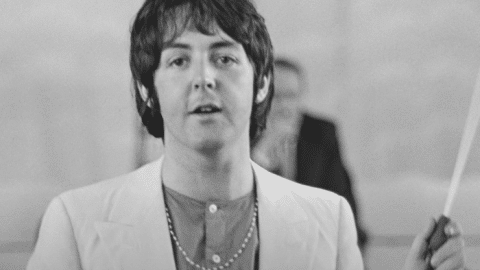 It Was The First Beatles Solo Song

Paul McCartney was recently interviewed on The Howard Stern Show where he discussed several Beatles classic hits — one of which was “Yesterday. It was first released on the album Help! and became the most covered song of all time. Written by McCartney, it was the first solo song in the band’s catalog. It was the first Beatles track that he recorded without his bandmates.

“It was a little bit embarrassing,” Macca admitted. “I didn’t want to be the guy who’s out on the stage on his own because there’s a lot of comfort being in a group of mates.”

The melody famously came to him in a dream, and its working title was “Scrambled Eggs.”

“When I brought it in it was just me, solo guitar, and that was it,” he recalled. “The guys just said, ‘Well, we can’t put drums on that … and the one guitar is doing enough.’”

In the end, they only released it as a single in the US and not the UK.