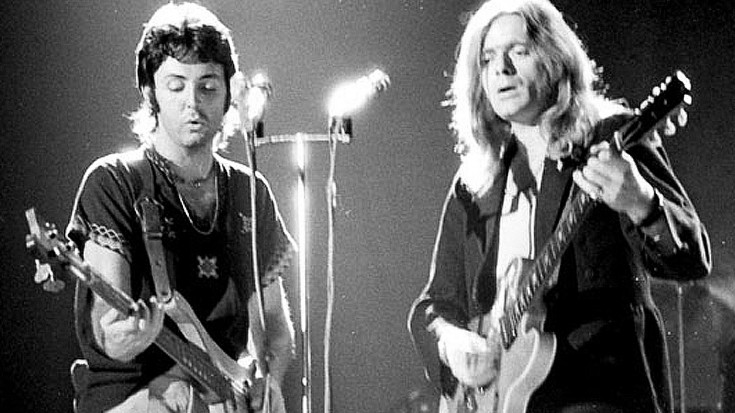 Yesterday the rock world suffered another tragic blow with the death of former Wings and Grease Band guitarist Henry McCullough, who died at the age of 72 after several years of declining health. While the music world and fans the world over mourned Henry’s passing as yet another in a string of rapidly departing rock icons, it was his friend and former bandmate Paul McCartney whose fond memories of a man he called ‘super talented’ that steered the attention away from Henry’s death and towards something far more important: his life.

McCartney, also 72, took to social media and to his personal website where he issued a statement attached to a fantastic photo of his late friend, taken sometime in the early 70s at the height of Wings’ fame.

The statement, though brief, was a glowing tribute to the immense talent, gentle spirit and lovely sense of humor possessed by McCullough:

“I was very sad to hear that Henry McCullough, our great Wings guitarist, passed away today. He was a pleasure to work with, a super-talented musician with a lovely sense of humour. The solo he played on ‘My Love’ was a classic that he made up on the spot in front of a live orchestra. Our deepest sympathies from my family to his.”

Sadly, this isn’t the first time this year Paul has had to respond to the tragic loss of a friend. The past few months have seen Paul saying goodbye to legends David Bowie, Prince, and Lemmy Kilmister, issuing glowing remembrances for each of his fallen friends and the joy they brought to not just his life, but the world at large and our hearts are with Paul and with the family of Henry McCullough as they navigate this difficult time.