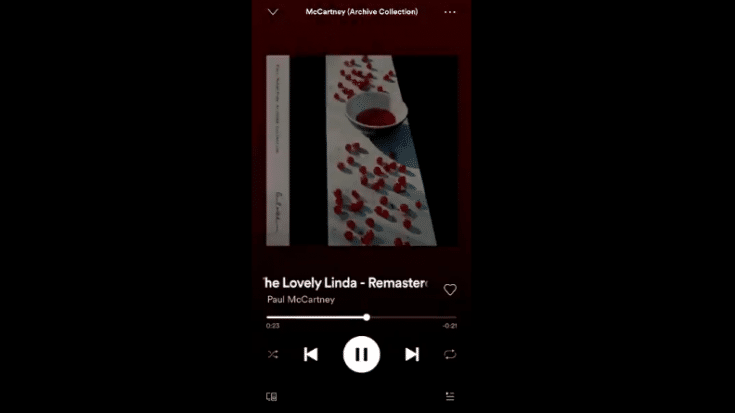 It Might Be On The Way – Possible Release Later This Year

Paul McCartney has been giving a series of clues as to his next project using a set of dice. With the hints he’s dropped, it seems like he’s about to release his solo album which follows 1970’s McCartney and 1980’s McCartney II – these were recorded in his home studio and featured vocals by his late wife Linda.

A few days ago, those who listened to songs from “McCartney” and “McCartney II” on the Spotify mobile app saw a surprise animation of a rolling dice with the three dots facing upwards.

I’ve checked on Spotify and it’s true. Teasers for the rumoured McCartney III album. They’re there! It’s on! This is fantastic news. #McCartney3 #McCartneyIII #McC3 pic.twitter.com/t13iXMDgri

He also began dropping teasers across his social media accounts – photos of three mushrooms, three flowers, and a single rose. These were captioned with three dice emojis. And fans who previously ordered from Macca’s online store claimed that they received a package with a cloth bag that has a McCartney emblem on it with the dice and three dots.

Paul McCartney most likely recorded the album while on lockdown. In an August interview with GQ, he said: “I’ve been able to write and get into music, starting songs, finishing songs. I’ve had a few little things to write and it’s given me the time to finish some songs that I hadn’t found the time to get around to.”

Although there’s been no confirmation yet, rumor has it that its release date will be on December 11.