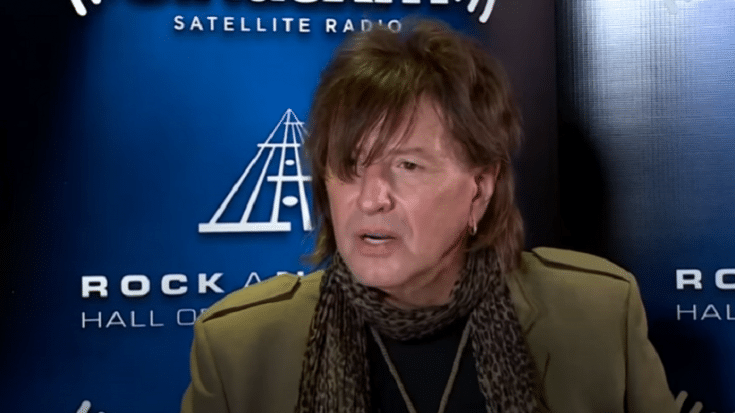 He Also Says He’s “The Happiest Dude On The Block”

Earlier this month, Jon Bon Jovi told Rock Antenne, “There’s not a day that goes by that I don’t wish that Richie had his life together and was still in the band. In a weird way, it’s because of his inability to get it together anymore that we went on and wrote [the album] This House Is Not For Sale.”

And now in an exclusive interview with DailyMailTV, Sambora responded to JBJ. He first clarified that despite what JBJ said, there’s no bad blood between them.

Speaking about his relationship with his former bandmate, Sambora explained: “We’ve had our ups and downs throughout the years as any married couple have. Jon and I spent more time together than we spent with our families because him and I wrote the songs.” When he had to leave Bon Jovi, he admitted that he “was in a situation and it was not easy to make that decision to leave the band and the fans.”

And as to JBJ’s recent comments, Sambora laughed it out and mused: “When people say I don’t have my life together – are you kidding me? I’m the happiest dude on the block.”

Sambora couldn’t help but gush about the daughter he shares with ex-wife Heather Locklear – Ava Sambora: “But as you see now, my daughter just graduated on the dean’s list from LSU as a psychology major and she’s gone on to grad school now. And so and it’s just, you know, she and I have just been really fantastic and we just have a great relationship.”

But when asked whether he would consider getting back together with the band, he simply answered: “It would have to be a special situation for me to go back, but I’m certainly not counting it out. I have no malice toward that band.”