Here’s what Paul McCartney fans have been waiting for — the One on One Tour! It kicks off on April 13 at the Save Mart Center in Fresno. So far, he has confirmed 12 tours in addition to two Summer Festivals in June.  Yup, he shows no signs of slowing down. He may not have released any solo music for a while now but we’re more than happy to ‘settle’ for this. Besides, we can never get enough of this legend rockin’ the stage even at 73! The announcement came out a day after Paul’s “second father” and the “fifth Beatle” George Martin passed away.

Paul has announced dates in North America and Germany as part of his new #OneOnOne tour: https://t.co/WmV3UrNHWx pic.twitter.com/6FtLtzNy3K

There will be a mix of hits including classic songs from The Beatles and Wings. He will be touring with Abe Laboriel Jr. on drums, Brian Ray on bass and guitar, Rusty Anderson on guitar and Paul “Wix” Wickens on keyboard.

Check Out The Beatles’ Last Performance EVER Together! 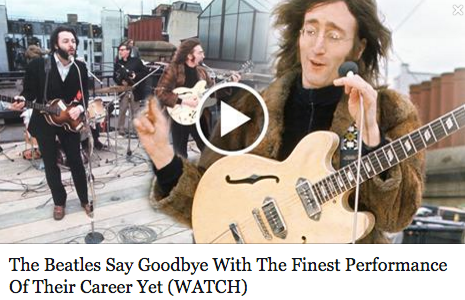