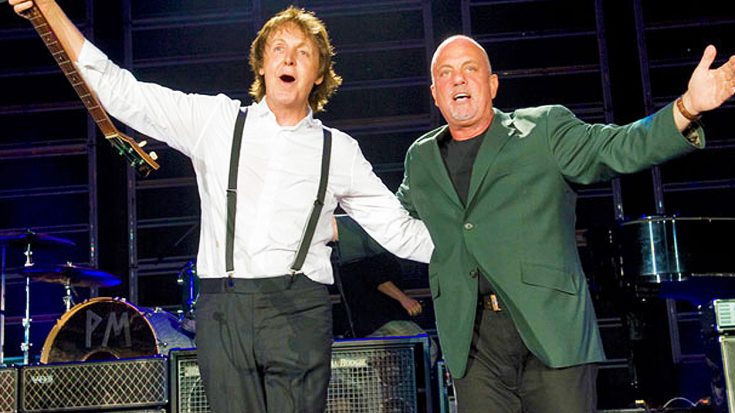 What a way to finish an epic show!

Billy Joel and Paul McCartney are two of the best performers in the history of rock n’ roll! They consistently put on great live shows, draw crowds by the thousands to their concerts, and craft some of the best songs with the most clever lyrics.

You might think the world would explode if these two ever performed a song together. Well, it happened, and luckily we all survived and are able to look back on the amazingness they created. The two legends took the stage to close out Shea Stadium in New York (former home of the New York Mets baseball team), and played a duet of The Beatles classic “I Saw Her Standing There.” It was truly a magical moment that will go down in rock n’ roll history!

Fun Fact:Chuck Berry was a big influence on The Beatles, and the bass line of this song borrows from Berry’s track “I’m Talking About You.”

Check out the amazing duet down below, and let us know what you think!