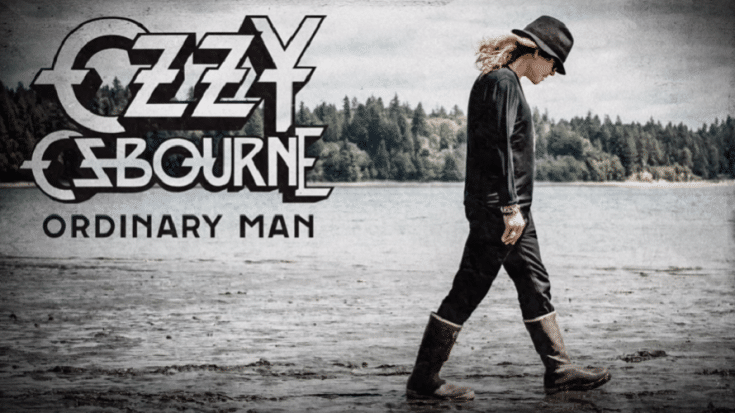 A Hit On Both Sides of The Atlantic

After a decade, Ozzy Osbourne finally dropped a new album – “Ordinary Man” is the follow-up to 2010’s “Scream” and the wait was well worth it. According to Billboard, “Ordinary Man” debuted at #3 on the US Billboard 200 – making it his eighth top 10 album. With 77,000 equivalent album units earned in the opening week, 65,000 of that sum are in album sales. In the UK, it also debuted at #3.

Osbourne said: “It was a lot of fun to do though it’s a lot different from my other albums. We recorded it quickly, which I haven’t done since the first BLACK SABBATH album. This made it a different process, which I actually enjoyed.”

Speaking about the guests, he added: “It all just came together. Slash is a dear friend of mine, as is Elton. When I was writing ‘Ordinary Man’, it reminded me of an old Elton song and I said to Sharon, ‘I wonder if he would sing on it?’ We asked, and lo and behold, he agreed and sings and play piano on the song.”

Check out the title track below.