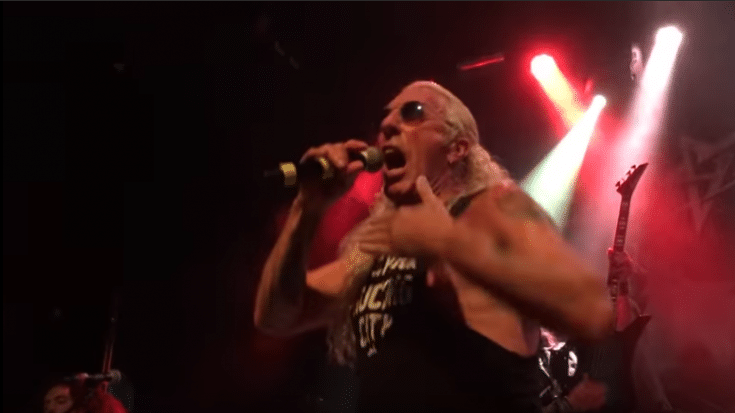 He Says “The Classic Lineup Is Back Together”

Since there have been no confirmation about any of the rumors surrounding AC/DC’s highly anticipated follow-up to 2014’s Rock or Bust, it seems like Twisted Sister’s Dee Snider has become the unofficial spokesperson for the group. Back in December, he revealed that the new album is definitely on its way. And aside from actively campaigning for AC/DC to perform at next year’s Super Bowl halftime show, he shared details about the upcoming record.

He recently appeared on Sirius XM’s Trunk Nation show where he revealed that he had dinner with lead singer Brian Johnson and they talked about AC/DC’s comeback. He said, “He told me a lot of stuff, and a lot of stuff that I don’t wanna say. But we know from the photos, and Brian confirmed it, they’ve been in the studio, they’ve been recording.

“The original – I don’t say the ‘original’ guys, because a lot of ’em are gone, but I say the ‘classic’ lineup is back together and there are some surprises, which I can’t talk about, regarding Malcolm Young that just had my jaw on the floor. I will say he will be present. So this is AC/DC as we know and love them.”

Snider was actually on Trunk Nation as part of his aforementioned Super Bowl 2021 campaign.