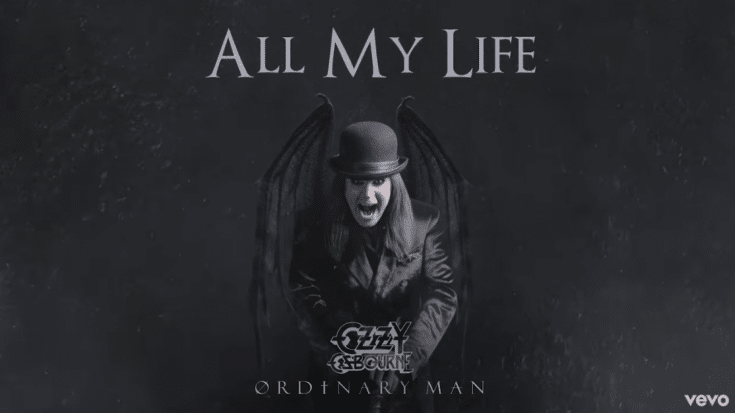 It Will Feature A Similar Supergroup

Ozzy Osbourne just released his first album in a decade last February. It all quickly came together in 2019 after Osbourne spent most of the year recuperating from various health issues. The record featured a star-studded lineup with Guns N’ Roses bassist Duff McKagan and Red Hot Chili Peppers drummer Chad Smith. Musical guests included Elton John, Slash, Rage Against the Machine’s Tom Morello, and Post Malone, to name a few.

Hot on the heels of “Ordinary Man” however, the Prince of Darkness immediately busied himself with making and recording its follow-up.

And in a new interview with Guitar World, producer Andrew Watt revealed a bit about Osbourne’s upcoming studio effort.

He said, “We’re about halfway through. But, you know, it’s been hard with COVID and everything to keep him safe. We all test every day before we work and it’s just me, Ozzy and my engineer. So it’s taken a little longer this time, but it’s cool because the last one was made in this, like, swift love affair of passion, like, ‘Oh my God, this is incredible!’ [laughs]”

“But this time everyone’s moving a little slower and we’re taking a little more time,” he continued. “And the songs, there’s some songs on there that are like eight or nine minutes long that are these really crazy journeys. I’m really excited about it.”

Osbourne’s new album will have a similar all-star core members. Aside from Smith, others joining are the Foo Fighters’ Taylor Hawkins and Metallica bassist Robert Trujillo.

Watt revealed, “There’s a bunch of people involved. I can’t say for sure until the end, but I started doing a bunch of basic tracks with Chad and Robert Trujillo, who used to play in Ozzy’s band. And Taylor Hawkins also came in and played a bunch on the record as well, which adds a different flair — it kind of harkened back to Ozzy’s Eighties era, in a great way. And I think it’s so cool for a rock fan to be able to listen to half an album with Chad Smith on drums, and then you flip it over and you get to hear Taylor Hawkins.”

He added, “And you know, the last album was really special for everyone involved. And so there was no point in Ozzy or me doing this again unless we thought we could bring something new to the table. And I feel like we’re achieving that.”

Speaking about the sound, he noted that “We’re just halfway through, so it could still change. Some of these songs we have could wind up not even making the album. So I can’t really say yet. But in the end it’s all Ozzy’s decision. When he tells me we’ve got the album, that’s when I’ll stop.”