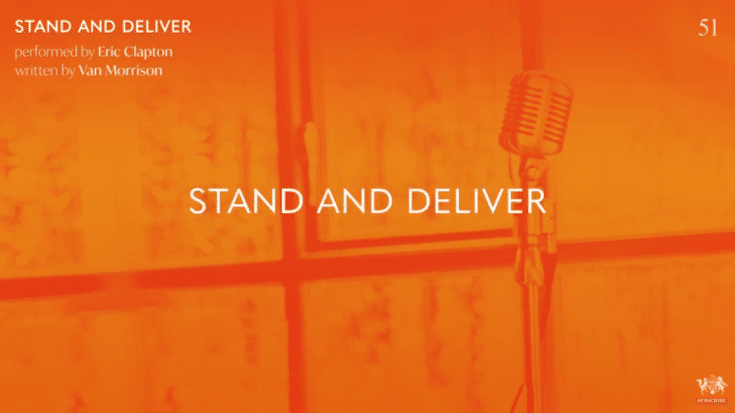 Even after all the criticisms Van Morrison received including that from Northern Ireland’s health minister Robin Swann because of the rocker’s stand against coronavirus lockdown measures, apparently, a fellow musician feels the same way.

Morrison teamed up with Eric Clapton for the bluesy song “Stand and Deliver.” It’s the latest track written by Morrison for the “Save Live Music” campaign and while it was supposed to be released on December 4, its release was moved to December 18. The lyrics, not surprisingly, reflected Morrison’s thoughts and feelings about government restrictions amid the rising cases of COVID-19 – “Stand and deliver / You let them put the fear on you / Stand and deliver / But not a word you heard was true.”

Clapton previously said, “There are many of us who support Van and his endeavors to save live music; he is an inspiration. We must stand up and be counted because we need to find a way out of this mess. The alternative is not worth thinking about. Live music might never recover.”

Morrison added in a press release, “Eric’s recording is fantastic and will clearly resonate with the many who share our frustrations. It is heart-breaking to see so many talented musicians lack any meaningful support from the government, but we want to reassure them that we are working hard every day to lobby for the return of live music, and to save our industry.”

Since September, Morrison has released other anti-lockdown songs – “Born to be Free”, “As I Walked Out”, and “No More Lockdown.” Proceeds will go to the Lockdown Financial Hardship Fund which helps musicians struggling financially because of the pandemic.