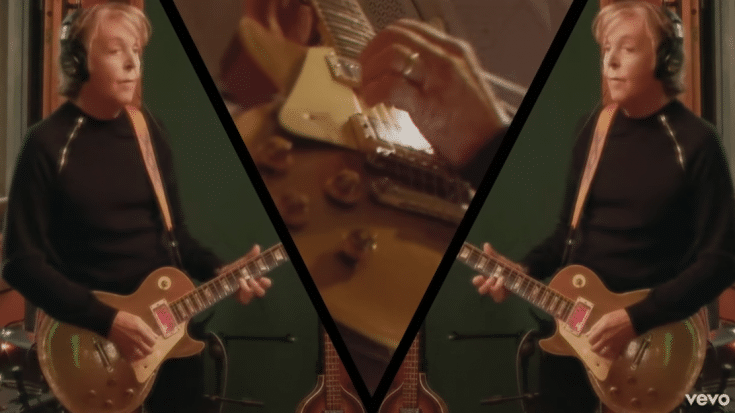 Paul McCartney has shared the music video for “Find My Way” in celebration of the release of his latest studio album, “McCartney III”. Directed by Roman Coppola and filmed using 46 cameras, it offers a glimpse into McCartney recording the material in his studio located in Sussex, England. Not only does he do all the singing and harmonizing but he also plays ALL of the instruments like the guitar, bass, piano, and drums which you can see because of the split-screen effect.

It premiered on “Released with Chris Rock” where Macca told the comedian, “On this album, I was writing a song and it suddenly got very Beatley. So I’m questioning myself, ‘should I not go down this route? It’s going to be too like a Beatles song.’ You have a little mini-argument with yourself, you say ‘Look. Just write it’…it’s called ‘Seize The Day,’ and it’s Beatley, but The Beatles don’t exist anymore, Chris. They broke up!”

He added, “I was talking to somebody the other day, I said ‘It’s what I do, it’s the way I write songs’. If I like something that’s going a bit Beatley, I’m just going to let it be!”

“McCartney III” was recorded while Macca was in lockdown. It features 11 songs and while it was originally scheduled for release on December 11, it was pushed back to December 18.