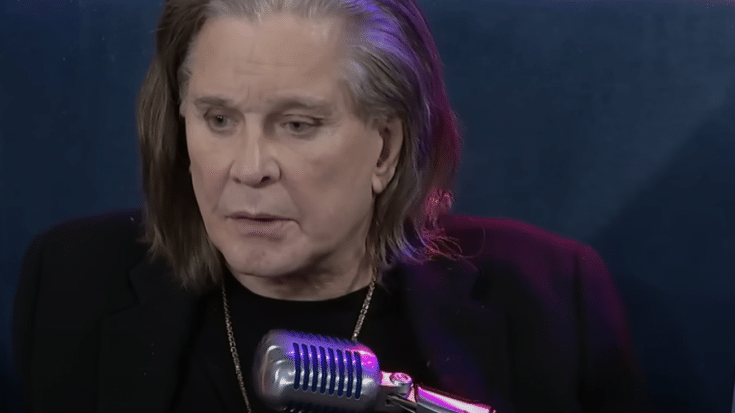 The Prince of Darkness, Ozzy Osbourne, recently appeared at SiriusXM, where he discussed his songwriting with Black Sabbath and his current favorite music.

When Osbourne was asked whether his new recording project with his former bandmate Tony Iommi would mean a future reunion with the whole band, he was quick to answer no. He explained that “Black Sabbath was completely different music to what I’m into now,” although he admitted that it was great being with Iommi and doing the recording together.

Speaking about his relationship with other Black Sabbath members, Osbourne said that they were all good. He added that if there would be a chance to work with them individually, he would, but not as a Black Sabbath. He explained that the band has reached its peak of success and they could no longer beat what they have done in the past.

Moving forward, the icon was asked what music he listens to these days. Osbourne shared:

“To be honest, I listened to older music. So, I think the music coming right now, it’s a lot of shit.

“There’s nothing I’ve heard recently or in the last few years that made me go ‘Ohhh’.”

Narrowing the questions into more personal ones, the Black Sabbath icon shared that he’s planning to do a movie about him and his wife, Sharon. However, plans about the casting or who will play them are yet to be discussed by the couple.

As of now, he said that he’s trying his best to get better and better each day so he could start going back into touring, which he misses the most. Check out the full interview below.