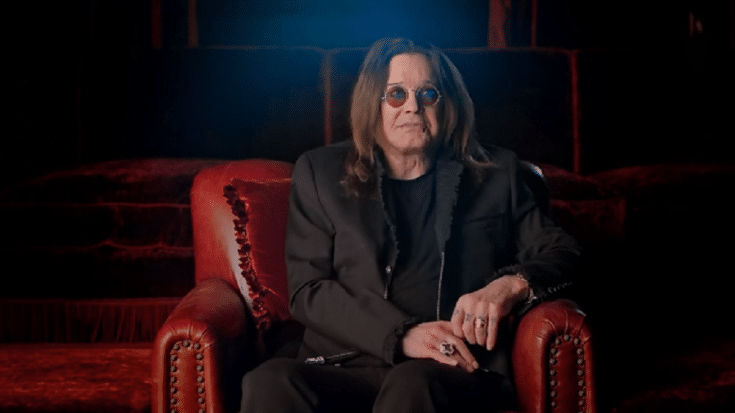 The former Black Sabbath lead singer revealed during a conversation with Stereogum:

“To be perfectly honest, I didn’t really get a charge from the album.

“Although Rick Rubin is a good friend of mine, I wasn’t really… I was just singing. It was like stepping back in time, but it wasn’t a glorious period. Though Geezer [Butler] did a lot of lyric writing for me, which he’s very, very good at. It wasn’t an earth-shattering experience for me.”

Released in 2013, 13 was the band’s first studio album after 18 years and the first LP with Osbourne since 1978’s Never Say Die!. 13 did reach a commercial success, but the band was less than thrilled with its creation. Osbourne’s feelings on the LP echoed the comments of bassist Geezer Butler, who previously criticized Rick Rubin’s involvement in 13. During an interview with SiriusXM earlier this year, Butler explained:

“It was a weird experience, especially with being told to forget that you’re a heavy metal band.

“That was the first thing [that Rubin] said to us. He played us our very first album, and he said, ‘Cast your mind back to then when there was no such thing as heavy metal or anything like that, and pretend it’s the follow-up album to that’ – which is a ridiculous thing to think.”

Although other band members admitted their disappointment with 13, Osbourne hinted an interest in making another album with Sabbath. The Prince of Darkness told Stereogum:

“I think it’s time. The only thing I really regret, to be honest, is that Bill Ward didn’t play on the album. It wasn’t really a Black Sabbath album. I’m not saying that one day we might not all go in a room and come up with the perfect Black Sabbath album. But I’ll say, [13] wasn’t recorded the way Black Sabbath recorded records. We’d gone right back past the point where we took charge, back to when someone else had full control of our recording. Which we never did from Vol. 4 onwards.”