Doobie Brothers Pay Tribute To The Life Of John Hartman 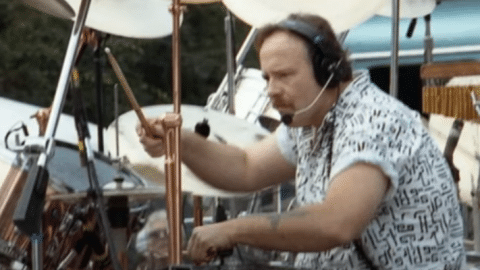 Doobie Brothers made a tribute to the late John Hartman, the drummer and co-founding member of the band who has reportedly passed away.

“Today we are thinking of John Hartman, or Little John to us. John was a wild spirit, great drummer, and showman during his time in the Doobies. He was also a close friend for many years and an intricate part of the band personality! We send our condolences to all his loved ones at this difficult time. Rest in peace John.”

The drummer was born in Falls Church and relocated to San Jose, California around 1970, where he formed the Doobie Brothers. After being introduced by Moby Grape’s Skip Spence, he was joined by singer and guitarist Tom Johnston. Eventually, guitarist Patrick Simmons and bassist Dave Shogren would filled out the remaining spots to complete the Doobie Brothers lineup.

Just like any other famous group, they enjoyed massive commercial success in a fair period of time. However, tensions within the band started when a drug use within the group bred a combustible situation. Meanwhile, Michael McDonald, who had joined the Doobies in 1975 replacing Johnston, said that at that time:

“Everything was falling apart.”

“I remember sitting in a rehearsal in California and hearing Michael say he didn’t want to get out his car because of some anxiety.”

After a five-year hiatus, the band reunited to perform at a benefit concert for the Vietnam Veterans Aid Foundation in 1987 wherein Hartman was among the alumni to participate in the show. In 2020, the drummer was inducted into the Rock & Roll Hall of Fame as a member of the Doobie Brothers.

After permanently leaving the band, he spent his time training to become a police officer. The drummer graduated from a reserve police academy in 1988 and spent several years working for his local police department. However, he failed to be hired as a fully vested officer because of his past record of drug use. He said:

“These guys still think I’m a credibility problem because of what I used to do.

“Who knew? You have to grow up. Kids eat paste. Kids eat dog food. But there are some things you don’t want to do. Doing drugs. I could have been a Janis Joplin.”