The Rolling Stone Share Rare Videos From Their 60s Era 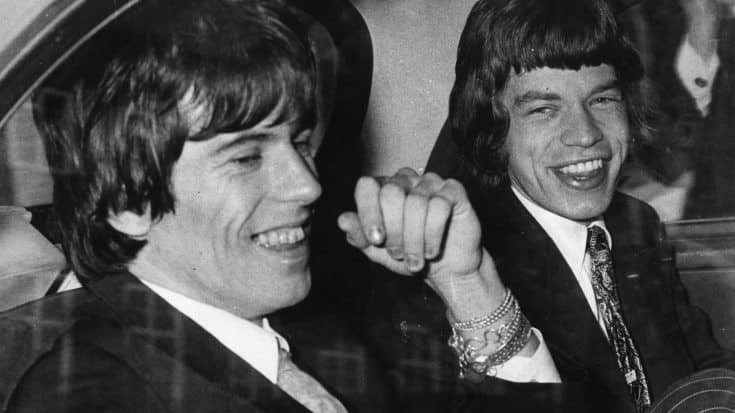 10th May 1967: Rolling Stones songwriters, guitarist Keith Richards, left, and singer Mick Jagger share a joke in the back of a car as they leave Chichester Magistrates Court where they appeared on drug summonses. (Photo by Ted West/Central Press/Getty Images)

A rare video of the 1966 classic “Have You Seen Your Mother, Baby, Standing In The Shadow?” has been recently shared by The Rolling Stones.

The video was filmed by director Peter Whitehead and was done through the creative use of film footage of the band’s photoshoot with photographer Jerry Schatzberg that is purposely for the single’s back cover in Manhattan. It depicted all five original members wherein live clips were shot during the group’s 1966 performance at the Royal Albert Hall in London.

These clips were captured during the time when the rock concert industry was still in its infancy. Thus, security was ill-equipped at handling the noise from the crowd who rushed the stage to grab the band members mid-song, before getting pushed back to where they’re supposed to be. Speaking about the concept behind the shoot, Keith Richards shared:

“The photograph was just a laugh. There’s no deeper interpretation to be placed on it than that . . . We adopted the names of ‘Molly’ and ‘Sarah’ for fun.

“I think [bassist] Bill [Wyman] must get the ‘king of the queens’ award for his portrayal of the bird in the bathchair in the uniform. I mean just look at her . . . I mean that’s the one who pressed the button isn’t it?”

On the other hand, Mick Jagger told that the lyrics were “simply about a boy and his bird. Some songs I write are just for a laugh. Others are extensions of ideas. This is a mixture of both. You must listen to it and place your own interpretation on the lyric. There is no attempt to present a controversial ‘Mother’ theme.”

In the past, the videos rejected by some outlets that would play what were then referred to as “promos” or “promotional films” of rock and roll bands. There was also no way for the public to view this original version of the music video at that time because there’s no MTV yet. The only time that people were able to see this music video was when it was incorporated into the documentary entitled “Heroes of Rock and Roll,” narrated by Jeff Bridges and televised in early 1979. Watch the video below.