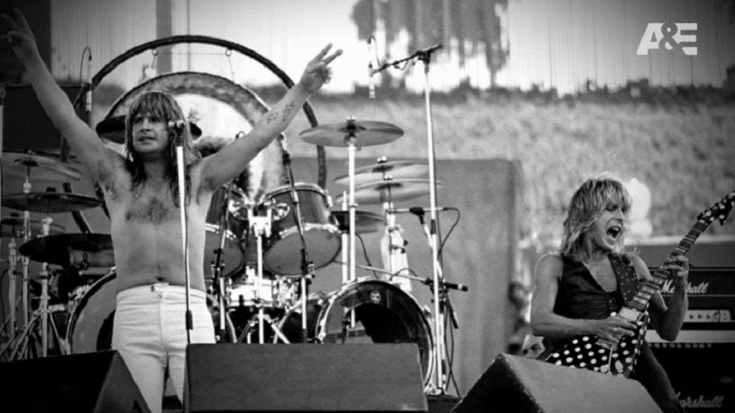 In the latest sneak peek of the upcoming documentary “Biography: The Nine Lives of Ozzy Osbourne”, Ozzy Osbourne shares about the time he met guitar titan Randy Rhoads. After he was fired from Black Sabbath, Osbourne hit rock bottom. But thanks to future wife and manager Sharon, he dusted himself off and resurrected his career in what would become one of the most spectacular comebacks in rock.

He recalled, “When I first met Randy Rhoads, I was f***ing out of my face. And he came in about this big, this thin in high-heeled shoes. But then I heard him play and I went (jaw drops).”

Sharon called Rhoads “a breath of fresh air” and Ozzy Osbourne admitted that he “knew instinctively that he was something extra special. He was like a gift from God.”

Rhoads was featured on Osbourne’s first two albums – “Blizzard of Ozz” and “Diary of a Madman.” On March 19, 1982, Rhoads died in a plane crash. He was only 25 years old.