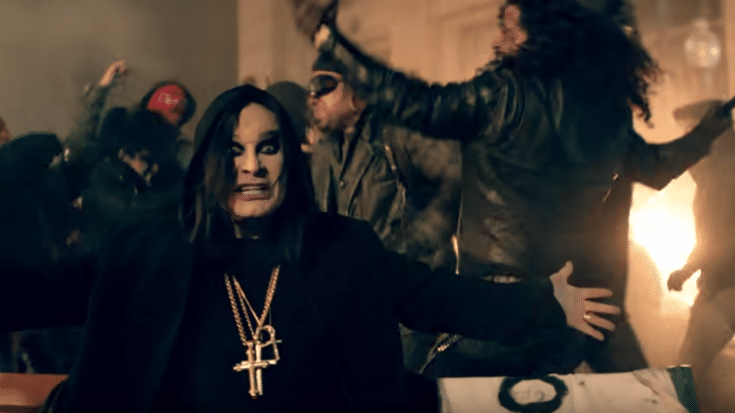 To Osbourne, Iommi “Is The Most Irreplaceable One”

Even after playing together for decades, Ozzy Osbourne revealed that he still feels intimidated by Tony Iommi. It’s no secret that they’ve clashed several times. And in a recent episode of Rick Rubin’s “Broken Record” podcast, the Prince of Darkness discussed his much-awaited upcoming solo album “Ordinary Man” and also his Black Sabbath bandmates.

He said, “Geezer’s [Butler, bass] a great, great lyricist. [And as a bassist], nobody can touch him. Bill [Ward], in his day, was a great drummer. Tony [Iommi, guitar], he’s always gonna be the greatest — no one can touch him. And actually, to this day, I still don’t understand how he plays guitar, ’cause he’s got no fingertips; he plays with plastic fingers.”

He also praised Iommi for pushing through with their tour even after he was diagnosed with lymphoma in 2012 and had to undergo treatment. Osbourne continued, “I mean, there is a man. “When he got diagnosed with cancer, he just dealt with it. That’s him. I’m going [imitates crying sound], and he’s, like, ‘Whatever I have to do.’ He’s like that. He’s always been like that. Very calm.”

He even referred to Iommi as “the most irreplaceable one.” And speaking about their relationship, Osbourne admitted: “People will say to me, ‘Why did you always sing on the side of the stage?’ I don’t fucking know. I don’t know. It’s just fear, I suppose. ‘Cause Tony, he’s one of the few people who could walk into this room right now and I would fucking feel intimidated. He intimidates the fuck out of me — and he knows it.”

“Ordinary Man” will be out later this month.