The Story Of 7 Rock Legends Who Died In The ’70s 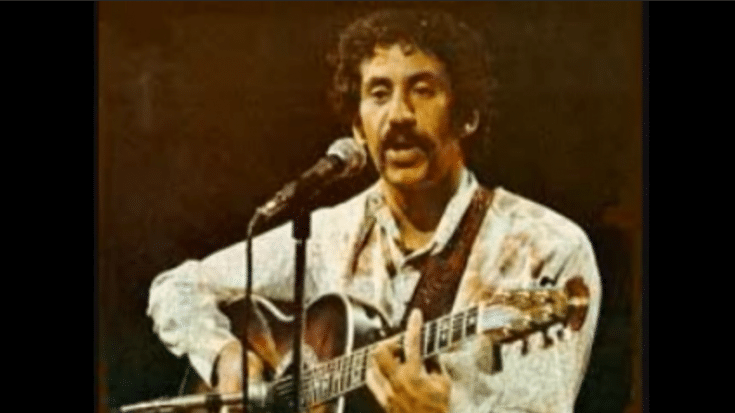 Even though the 1970s is considered the golden era of rock, the decade also had its share of losses. Each death shook rock music to its core but while they were gone way too soon, their influence reached far and wide & can be felt even today. They shared their talent to the world and left a rich and stunning legacy that made them legends.

Here are the stories of seven rockstars we lost in the ’70s.

Aside from his wild and aggressive drumming, Moon was also known for his practical jokes and destructive behavior. He would add cherry bombs to his kit and blow them up after the show. But he was just as crazy off-stage, thrashing hotel rooms and flushing explosives down the toilet. Thus, it came as no surprise when he got the nickname “Moon the Loon.” It wasn’t long before his rock ‘n roll lifestyle took a toll on him.

In 1978, he moved into Flat 12, 9 Curzon Place in London – the same place where Mama Cass Elliott died four years earlier at 32 years old. Owner Harry Nilsson was hesitant to rent it to Moon, believing the place was cursed. Bandmate Pete Townshend, however, told Moon that “lightning wouldn’t strike the same place twice.”

At the time, Moon wanted to sober up but he didn’t want to go to the hospital so he tried doing it at home by taking Heminevrin for his alcohol withdrawal. On September 6, after returning from a film preview hosted by Paul and Linda McCartney, Moon took 32 pills – he was instructed by the physician not to take more than three per day. Swedish model and then-girlfriend Annette Walter-Lax discovered him dead the following afternoon. He was 32 years old.

For the first few years of his music career, commercial success eluded Jim Croce. He played in small venues and took odd day jobs to make both ends meet. It wasn’t until 1972 when he finally got his breakthrough – his songs charted, he appeared on TV shows, and he began touring with guitarist Maury Muehleisen. But even though he was getting busy with gigs, he was still struggling financially. 1973 was challenging for him because he couldn’t take the exhaustion and homesickness anymore brought about by regular touring.

And just when he decided to quit the music industry and simply live with his wife and son, he and five others were killed in a plane crash on September 20, 1973. It was only a day before the lead single off his latest album “I Got A Name” was to be released. He was 30 years old.

Even with his short-lived career, Duane Allman managed to prove that he deserved a spot on the rock ‘n roll pantheon. He was a talented and innovative guitar player who impressed the likes of Eric Clapton and Wilson Pickett. Nicknamed “Skydog”, he was more than an excellent guitarist – he also had this ability to bring out the best in others when playing – such is what happened during the recording of Derek and the Dominos’ 1970 album Layla and Other Assorted Love Songs. He challenged Clapton but instead of competing and trying to upstage each other, they complemented one other – therefore taking the LP to the next level in terms of guitar work.

The Allman Brothers Band were still riding high on the success of At Fillmore East when Duane Allman was killed in a motorcycle crash on October 29, 1971. He was thrown from his motorcycle after after trying to avoid a truck on the intersection. The motorcycle landed on top of him and crushed his internal organs. He was still alive when he was brought to the hospital but after a few hours, he died from the massive injuries. He was 24 years old.

On and off stage, Jim Morrison was unpredictable and rebellious. He was a great singer-songwriter, a poetic genius, and an excellent frontman. He’s known for his spoken poetry passages and other improvisations during their live performances. But he also lived the rock ‘n roll lifestyle to the fullest. Throughout his career though, he struggled with alcoholism. And producer Paul Rothchild once revealed, “When he would start to drink, he’d be okay at first, then, suddenly, he would turn into a maniac.” Janis Joplin even knocked him out cold with a Southern Comfort bottle after he came on too strongly for her.

On July 3, 1971, Pamela Courson found him on the bathtub at his apartment at 17-19, rue Beautreillis in Le Marais, 4th arrondissement, Paris. He was 27 years old. His official cause of death was heart failure but since autopsy wasn’t performed, there were some rumors and speculations about it with some saying he didn’t actually die and only staged it because he couldn’t handle the fame anymore.

The King of Rock and Roll has influenced countless musicians. He helped bring the genre to mainstream audience, and managed to successfully cross over to acting too. With numerous successful records and films, he became a pop culture icon. A few years before his death, his drug abuse caught up with him. His health deteriorated and in 1973, he overdosed on barbiturates twice – the first one left him in a three-day coma.

Even while he continued to perform, it was clear that he was no longer in top form. As expected, tickets were sold out but on stage, he was a shadow of his former energetic and fit self. In 1977, he was suffering from various health problems – high blood pressure, liver damage, glaucoma, and enlarged colon. On August 16, girlfriend Ginger Alden discovered him on the bathroom floor, unresponsive. At 3:30 PM, he was pronounced dead at the Baptist Memorial Hospital. Although the cause of death was ruled as cardiac arrest, it was found out 2 months later that there were “fourteen drugs in Elvis’ system, ten in significant quantity.” He was 42 years old.

Janis Joplin was a tortured soul. Throughout her life, she was bullied and found it difficult to fit in. She also drowned her sorrows with drugs and alcohol. Catapulted to fame following her epic set at Monterey Pop Festival in 1967, she recorded two albums with Big Brother and the Holding Company and two solo LPS (the last of which was released posthumously).

Even when she was at the top of her game, she was lonely. She told Rolling Stone, “I didn’t have many friends and I didn’t like the ones I had.” In 1969, her drug abuse worsened – she allegedly shot up $200 worth of heroin per day. She was so hammered during her set at Woodstock but according to The Who’s Pete Townshend in his memoir, “She had been amazing at Monterey, but tonight she wasn’t at her best, due, probably, to the long delay, and probably, too, to the amount of booze and heroin she’d consumed while she waited. But even Janis on an off-night was incredible.”

On September 1970, she began working on Pearl which would end up becoming the best-selling LP of her career. On October 4, she was supposed to show up for a recording session at Sunset Sound Recorders. Since she wasn’t there, producer Paul Rothchild sent road manager John Cooke to her hotel. He found her dead on the floor in her room. She died from heroin overdose at 27 years old.

Jimi Hendrix was another member of the 27 Club. He had one of the most stunning debut albums in history. He was a revolutionary and innovative guitar player, and he broke new sonic grounds with his music. He only had 3 studio albums with The Jimi Hendrix Experience and 1 live album with his Band of Gypsys. He inspired countless youngsters to pick up the guitar and start playing.

His music was a window into his brilliant mind – colorful, sometimes chaotic, but spectacular all the same. However, he couldn’t escape from the clutches of alcohol and drugs. Starting in 1967, he would indulge in LSD, amphetamines, and cannabis especially when he’s on the road. He would become destructive whenever he drank.

On September 18, 1970, he was with girlfriend Monika Dannemann in London. They were chatting until 7AM and then they went to sleep. Dannemann woke up at 11AM to find Hendrix unconscious and unresponsive, but still breathing. He was brought to St Mary Abbot’s Hospital but was pronounced dead at 12:45 PM. He died because of asphyxia after aspirating on his own vomit.