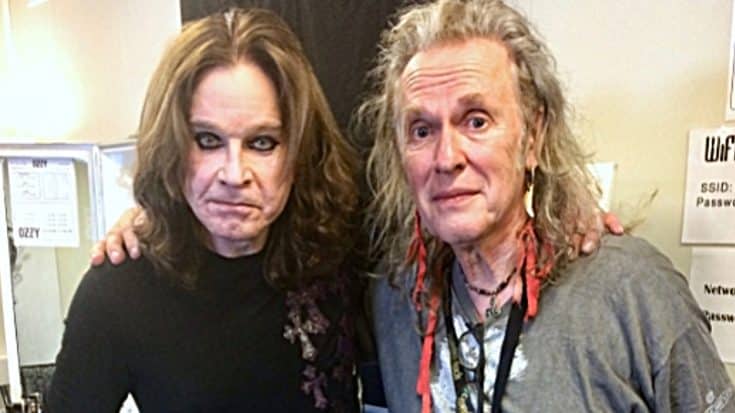 We are just hours removed from the passing of Bernie Tormé, legendary guitarist who’s played for Ozzy Osbourne, Gillan, and Desperado, and the rock & roll community is still remembering him as one of the most iconic and influential guitarists of his time. His abilities knew absolutely no limits making him a priceless commodity for rock veterans to enlist in their bands.

He was one of the best, pure and simple, and hardly a single person from the rock or guitar community remained silent amidst the news of his passing. One such person was Ozzy Osbourne who released this tribute on his social media.

‪What a sad day. We’ve lost another great musician. Bernie was a gentle soul with a heart of gold. He will be…

This tribute also comes on the 37th anniversary of the death of Randy Rhoads. What you may not know is that Bernie was actually Ozzy’s very first choice to replace Randy after his death. Being Ozzy’s first choice after leaving Gillan quickly catapulted Bernie to the upper echelon of rock guitarists.

Like I said, Ozzy isn’t the only person who has paid tribute so far. These are the other tributes that people have paid so far.

I am absolutely numb. Got the news this morning that Bernie Torme has died. It's been a thrill playing drums for him for…

Woke up to find out my friend @Bernie_Torme has died. He was a guitar god who played with @OzzyOsbourne & Ian Gillan. We worked together for 3 years, writing over 100 songs for the ill-fated Desperado. I loved that man & today my heart is broken. RIP Bernie. Your guitar weeps.

I’m proud that I got to call you a friend. pic.twitter.com/jSLh9xCMQj

There’s no way to deny that Bernie was, is, and always will be a pillar to the rock & roll community. His tenure with several legendary bands and artists have established him as one of the absolute best.

He will always be loved and remembered by those who loved hard rock and heavy metal. RIP, Bernie Tormé. We will miss you.