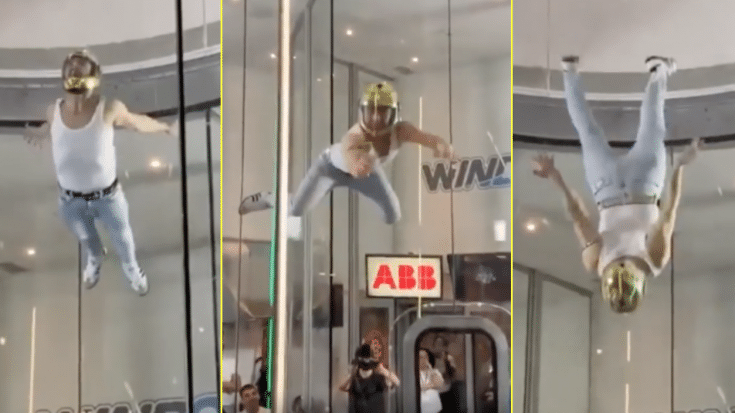 This just might be the greatest thing we’ve ever seen.

In a video currently making the rounds across the web, Freddie Mercury lives again – well, at least a guy that looks an awful lot like Freddie, anyway – and rocks a stage the likes of which no Queen fan has ever seen before. Decked out in an outfit that’s almost identical to the one Freddie wore during Queen’s 1985 Live Aid performance, creative skydiver Fred Fernandez takes to Spain’s very first indoor wind tunnel where for the next three minutes he delivers a performance of all your favorite Queen songs while letting the wind gracefully fly him around in front of an eager audience.

The performance was part of this year’s Wind Games, an event billed as “the most popular indoor flying competition in the world” and home to some of the world’s premier athletes and skydiving enthusiasts, who have turned out since 2016 to show their stuff and get as creative as humanly possible – or as creative as a wind tunnel will allow!

Not only does Fred beautifully capture the essence of Freddie Mercury while running across the tunnel’s walls, he has a great time doing it – hyping up the crowd while vamping along to everything from “Bohemian Rhapsody” to “Don’t Stop Me Now,” ducking in and out of the doorway to make one grand entrance after another, all while the crowd cheers him on from the safety of the stands outside.

It makes for one hell of a performance, and something tells us that if Freddie were still alive in 2019, he’d be taking some serious notes – this guy’s got some serious moves!