Our 7 Track Playlist Of The Doobie Brothers 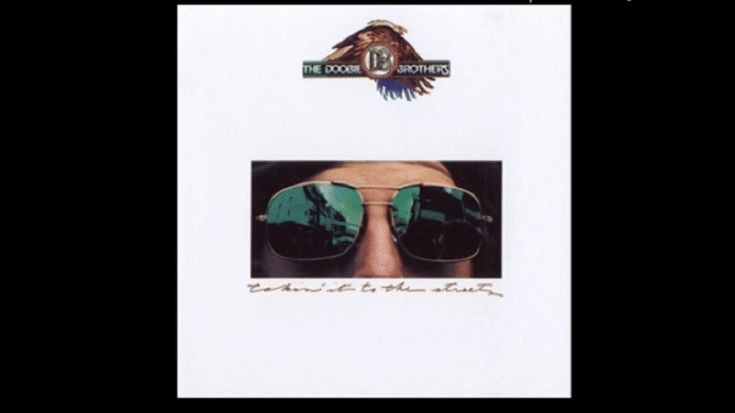 In honor of the first-time nomination of The Doobie Brothers in the Rock and Roll Hall of Fame, we compiled seven of the tracks that defined their career. 2020 is gearing up to be quite an exciting year for the group since they’re working on new music and also preparing for an eight-show residency in Las Vegas. Check out these songs which you definitely need in your playlist.

Written by Michael McDonald, this was featured in the 1994 film Forrest Gump starring Tom Hanks and included in the soundtrack album which went 12x platinum. Carly Simon covered the track and used it as her lead single for Another Passenger. The Doobie Brothers even provided backing vocals for it.

The title track to their sixth studio album, it was the band’s first single with Michael McDonald and the lyrics were actually inspired by McDonald’s sister. The Doobie Brothers re-recorded it with country music group Love & Theft. Tom Johnston told Rolling Stone that “Country has changed since the days of Hank Williams. It’s taken on a rock tinge. Truthfully, the traditional style of rock and roll has kind of gone away. No one is representing it the way it used to be represented. Country music has sort of picked up the slack. That’s why those artists are huge right now.”

Although it didn’t crack the top 10 in the US Billboard Hot 100, it’s one of their most loved songs and China Grove was featured in several TV shows including The Simpsons, and Entourage. Tom Johnston told SongFacts, “The words were written last, and they were made up around this whole idea of this wacky little town with a sheriff that had a Samurai Sword and all that sort of thing. The funny thing was that I found out in 1975 in a cab in Houston that there really was a China Grove.”

Guitarist Patrick Simmons wrote this and also took over the lead vocals for the song. With its swamp rock feel, Simmons revealed: “I was sitting out in the studio waiting between takes and I played that part. All the sudden I heard the talk-back go on and [producer] Ted Templeman says: ‘What is that?’ I said: ‘It’s just a little riff that I came up with that I’ve been tweaking with.’ He goes: ‘I love that. You really should write a song using that riff.'”

The band’s first big hit, Johnston said that the song was a call for world peace. He told SongFacts, “It was all based around this somewhat Utopian view of the world. The idea was that music would lift man up to a higher plane, and that world leaders, if they were able to sit down on some big grassy knoll where the sun was shining and hear music – such as the type I was playing – would figure out that everybody had more in common than they had not in common, and it was certainly not worth getting in such a bad state of affairs about. Everybody in the world would therefore benefit from this point of view. Just basically that music would make everything better. And of course I’ve since kind of realized it doesn’t work that way.”

They played this live for a couple of years before finally recording it. Johnston said, “I think we started playing that in the Chateau, so that would have been around 1970-71. And it got called ‘Osborne,’ it got called ‘Parliament,’ it got called a lot of things. It was just anything to put down on the set list so we’d know what song it was, but it didn’t have any words – I would just make up the words as we played the song. So they might be nonsense – might be? They’re definitely nonsensical. And it continued that way until Teddy (producer Ted Templeman) heard it and said, ‘You should cut that.'”

It topped the US Billboard Hot 100 and Cash Box. It has been covered several times by other artists including Aretha Franklin, Kenny Loggins (who co-wrote the song), George Michael, and Dionne Warwick. The Doobie Brothers’ version received the Song of the Year and Record of the Year from the Grammy Awards.