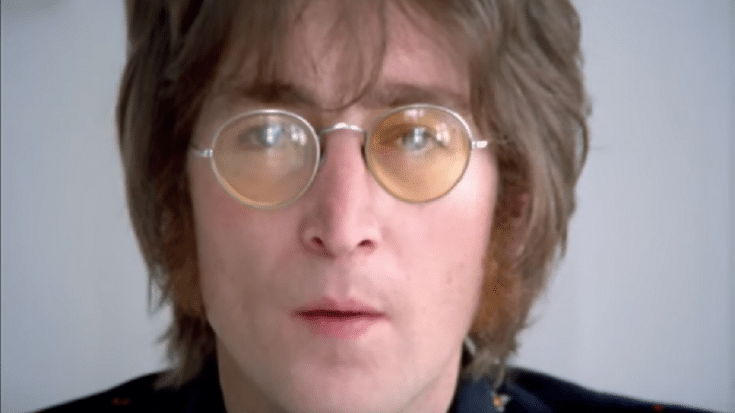 Before his death in 1980, John Lennon released 10 albums post-Beatles. He was one-half of the legendary Lennon-McCartney songwriting partnership and so it came as no surprise to anyone that he fared well after the band’s breakup. Like former bandmates Paul McCartney and George Harrison, he penned several classic hits that soon became anthems for peace.

We picked out and ranked seven of his solo albums.

It’s Lennon’s final studio album and first posthumous release. He worked on this during the last few months of his life. It was the follow-up to Double Fantasy and it took Yoko Ono three years to complete it. According to Lennon, “We’re talking and talking and talking and all sorts of plans and ideas we have in our heads, it’s just a matter of getting it done, you know? We already got half the next album, and we’ll probably go in just after Christmas and do that. And we’re already talking about what the ideas for the third album is, already laid out and I can’t wait, you know. So it’s a matter of just getting it done, and I’m sorry about you people that get fed up of hearing about us, but you know, we like to do it, so it’s too bad.” The basic tracks have been recorded and Lennon was supposed to continue working on them in early 1981. It was certified gold in UK, US, and Canada.

This was the result of his “Lost Weekend” – he and Yoko Ono separated for 18 months and during that time, he dated Ono’s personal assistant May Pang. Talking about the album’s title, Lennon said: “Walls keep you in either protectively or otherwise, and bridges get you somewhere else.” With Pang, he fully embraced the rock ‘n roll lifestyle. Still, it’s one of his most focused works. Speaking about the record, he said: “I’m saying it showed where I was. It’s a reflection of the time.”

This is a collection of Lennon’s covers of late 1950s and early 1960s songs but it took a year to finish recording. It was chaotic, to say the least. Lennon told Rolling Stone in 1975, “It started in ’73 with Phil and fell apart. I ended up as part of mad, drunk scenes in Los Angeles and I finally finished it off on me own. And there was still problems with it up to the minute it came out. I can’t begin to say, it’s just barmy, there’s a jinx on that album.” Nevertheless, it peaked at #6 on the US Billboard 200 and UK Albums Chart.

After its release, it received generally negative reviews. Three weeks later, Lennon was murdered and Double Fantasy became a huge commercial success eventually achieving 3× Platinum status from the RIAA. It was his comeback album after five years and also the last one he released in his lifetime. It topped the charts in several countries and even won the 1981 Album of the Year award from the Grammy Awards.

It was Lennon’s first self-produced record sans any help from Phil Spector. It was recorded at the beginning of his 18-month separation with Ono, or what would be popularly known as his Lost Weekend. He said, “[Mind Games] was originally called ‘Make Love Not War, but that was such a cliché that you couldn’t say it anymore, so I wrote it obscurely, but it’s all the same story.” It was certified gold in both US and UK and also charted in other countries.

Lennon’s debut studio album, it’s one of his finest works post-Beatles. It was a pivotal moment in his life and that reflected on the songs. It’s raw and straigthforward. He revealed, “This time it was my album. It used to get a bit embarrassing in front of George and Paul ’cause we know each other so well: ‘Oh, he’s trying to be Elvis, oh he’s doing this now,’ you know. We’re a bit supercritical of each other. So we inhibited each other a lot. And now I had Yoko there and Phil there, alternatively and together, who sort of love me, okay, so I can perform better. And I relaxed.”

The album that spawned the tour de force title track. It’s more elaborate than its predecessor and George Harrison played on the LP too. It also includes the controversial song How Do You Sleep? which was said to be for Paul McCartney. Lennon clarified, “I wasn’t really feeling that vicious at the time, but I was using my resentment towards Paul to create a song. Let’s put it that way.

“It was just a mood. Paul took it the way he did because it obviously, pointedly refers to him, and people just hounded him about it, asking, ‘How do ya feel about it?’ But there were a few little digs on his albums, which he kept but I heard them. So I just thought, Well, hang up being obscure! I’ll just get right down to the nitty-gritty.”