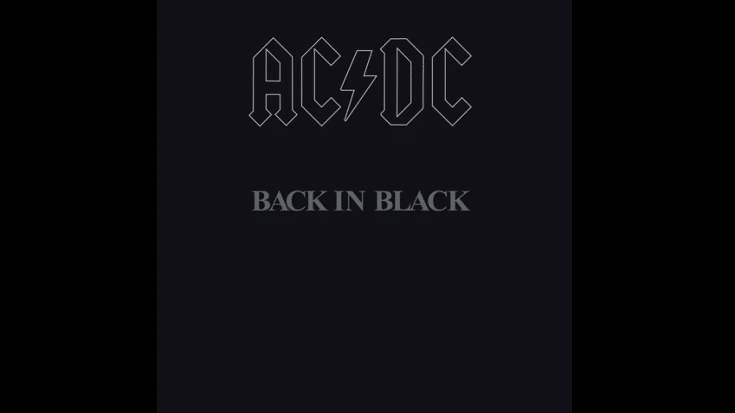 Rock dominated the 1970s but come the next decade, it was overshadowed by other genres and subgenres. To survive the transition, other rock acts had no choice but to keep up with the times and jump on the hair metal and power ballad bandwagon. However, there were also those who didn’t subscribe to the trend and instead, continued to unleash their brand of raw, gritty, and powerful sound.

Here are five of the best guitar albums from the ’80s:

Released forty years ago, AC/DC made a powerful comeback with “Back in Black”. They just lost their frontman Bon Scott and so they brought in Brian Johnson who happened to be a perfect fit for the band. And they did what they used to do in their previous albums – guitarists Angus and Malcolm Young composed the music based on riffs. Johnson would then add the melodies and lyrics. As expected, the Young brothers shined in the album with their powerful and memorable riffs.

The first album to feature singer Bruce Dickinson, it has since become Iron Maiden’s crowning achievement. Before Dickinson got onboard, the band was at a crossroads with the departure of former vocalist Paul Di’Anno. But Dickinson suited Iron Maiden and when he joined, it’s as if all the pieces just came together. With its raw power and unrestrained aggression, “The Number of the Beast” set the bar high for other heavy metal bands. It had its share of controversy because of the religious references but it still ended up going platinum in the US and UK. It even ranked at #17 on Guitar World’s “100 Greatest Guitar Albums of All Time”.

It’s the band’s final album to feature bassist Cliff Burton who passed away in an accident during Metallica’s promotional tour. They reached their creative zenith with “Master of Puppets” and they basically showed everyone what they were capable of. The arrangements and musicianship are both superb. They had an artistic vision and they achieved all that and more. “Master of Puppets” is hard-hitting, complex, and yet masterfully executed. Guitarist Kirk Hammett said that they “had no idea that the record would have such a range of influence that it went on to have”.

From the get-go, Guns N’ Roses knew how they wanted to sound. Although “Appetite for Destruction” was a stunning debut album, it took over a year before it earned massive commercial success. It featured some of their best known hits like “Welcome to the Jungle”, “Paradise City” and “Sweet Child o’ Mine”. They were the real deal and they essentially reminded everyone what rock’s about with their raw, gritty, and dirty brand of music. From the heavy riffs to the soaring and unforgettable solos, the songs rocked hard but they hooked you in too.

Two words – Randy Rhoads. Heavy metal god Ozzy Osbourne staged a stunning comeback with “Blizzard of Ozz” especially after he hit rock bottom following his firing from Black Sabbath. But it also became a landmark record in rock because it introduced us to a guitar deity like no other – Randy Rhoads. “Blizzard of Ozz” basically set the template for every other shredder in the decade and beyond. Rhoads’ tasteful and masterful licks added depth and flavor to the songs.