Ouch! Gene Simmons Says THIS About Fans With Smartphones! 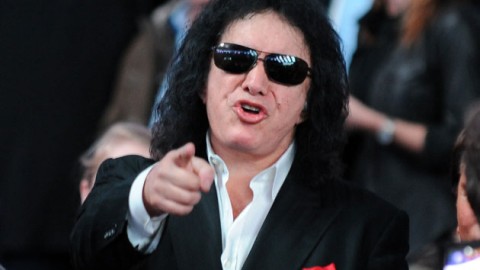 Looks Like It’s Time To Put The Phone Away!

The blooding spitting, long tongued, demon flying, hard rock philanthropist Gene Simmons is very opinionated and outspoken. He is generally not afraid to share what is on his mind. Let it be known he has the right to do so. He’s a rock and roll hall of famer, a wealthy businessman, and music icon, but above all else, he is mostly known for his live performances with his band KISS.

So when asked about what Gene thinks about fans recording the whole live performance on their smartphones, Gene Simmons was nothing short of candid.

So do you agree with what Gene Simmons says about fans who use smartphones to record the show? Do you disagree? His standpoint is obviously one that’ll upset a lot of smartphone users, but there’s really not much he could so about it right? The venues couldn’t exactly prevent fans from bringing their smartphones, mainly because most likely almost ALL of their fans would have smartphones and for security to tell them that they couldn’t bring their smartphones in, it would cause an uproar and probably start a riot.

This is what Gene Simmons had to say.