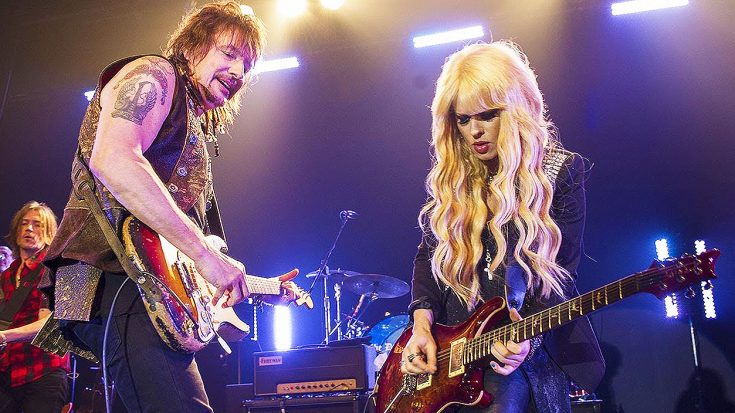 Even the pros have to test drive sometimes

Alice Cooper’s guitarist Oranthi and former Bon Jovi guitarist Richie Sambora teamed up for an incredible rendition of Stevie Ray Vaughn’s all-time classic “Pride and Joy.”  The tribute from the two amazing guitarist comes from a performance at the Canyon Club in Augora Hills, CA back in October of 2015. The song is a perfect fit for the two guitarists, as they both have a similar style. The solos Sambora and Oranthi shred throughout this cover of the song are jaw-dropping, and prove why they are both so underrated!

Fun Fact: Stevie Ray Vaughan wrote this for his new girlfriend when he was inspired by their relationship. It was released as Texas Flood’s first single, and quickly put the then-unknown Texas guitar slinger on the national map.

Both guitarists shred incredible solos! One of the highlights is around the 3-minute mark, both guitarists exchange solos and challenge each other! It’s a pretty incredible performance, and we guarantee that Vaughn would be extremely pleased with both of them.

Watch the unreal performance down below!