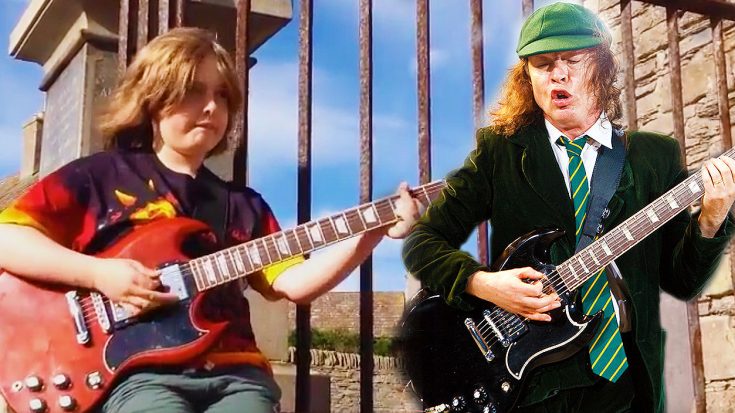 Geai Keeps getting better and better

9-year old Geai Thompson is back once agin with another epic cover of an AC/DC classic! In the past we’ve shared videos of Geai shredding his favorite tunes from the Australian rock band, most of which are filmed in the confines of his house. However this time Geai decided to take it up a notch with the help of his family. The young rocker made an entire music video of himself covering AC/DC’s “Night Prowler,” the final track off the band’s hit album Highway To Hell.

The video showcases Geai playing at various locations around Scotland, most notably the 19th Scottish Kirk! The video also features effects, and a very creative ending!

Geai proves that he’s definitely a talent on the rise, and at 9 years old, he’s only going to get better as the years go on! This is definitely a step up for him as a musician, so hopefully he’ll keep it coming with the music videos and covers of his favorite classic rock tunes!