One Woman Band Covers ‘Lookin’ Out My Back Door’ By CCR 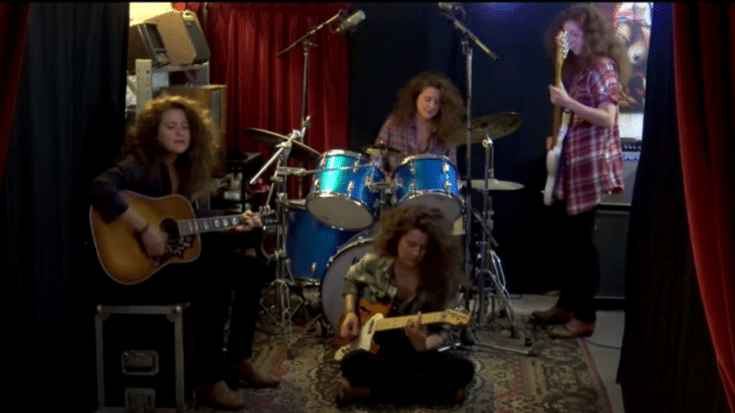 Margot Cotten is a French multi-instrumentalist and singer-songwriter. Her YouTube channel is full of her versions of classic rock songs from the likes of Bob Dylan, Elton John, The Rolling Stones, Tom Petty, The Byrds, and many more. Among them though, Dylan is her biggest influence and she said, “I can’t copy him. I love to make covers of him. I really dig his work and the way his lyrics sounds. Every time I sing one of his songs I travel into another world.”

But for this particular cover, she’s taking on the Creedence Clearwater Revival 1970 single “Lookin’ out My Back Door”.

Written by the band’s primary songwriter John Fogerty, “Lookin’ out My Back Door” was first released on CCR’s 1970 album “Cosmo’s Factory”. Because of the imagery in the lyrics, some people believed that the song was about drugs. But Fogerty later clarified that it was penned for his then-three year old son Josh and that the images were references to the children’s book by Dr. Seuss titled “And to Think That I Saw It on Mulberry Street.”

Fogerty said, “I knew he would love it if he heard me on the radio singing – doot doot doo, lookin’ out my back door.”