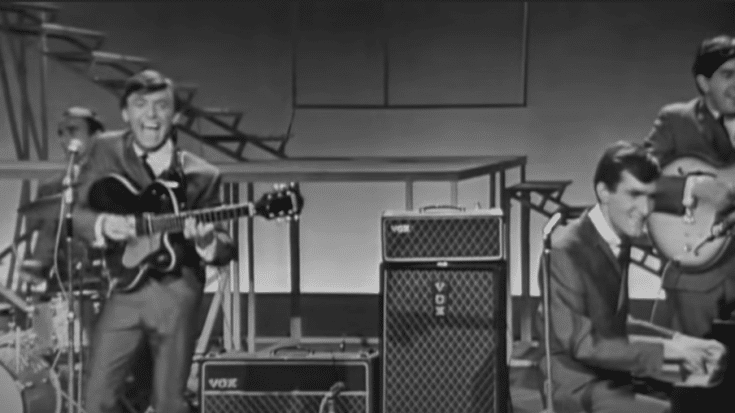 On October 29, 1964, Gerry and the Pacemakers played at Santa Monica Civic Auditorium for the T.A.M.I. Show – which stood for “Teenage Awards Music International” and “Teen Age Music International”. The concert ran for two days – October 28 and 29. It featured performances by The Beach Boys, Chuck Berry, Marvin Gaye, Smokey Robinson and the Miracles, The Rolling Stones, The Supremes, Gerry & the Pacemakers, and many more.

Gerry & the Pacemakers powered through four songs that included “Don’t Let the Sun Catch You Crying”, “It’s Gonna Be Alright”, “How Do You Do It?”, and then they wrapped up their set with “I Like It”.

“I Like It” is the band’s second single and it topped the UK Singles Chart and stayed in that spot for four weeks. They were The Beatles’ closest rivals early on in their career because they were both managed by Brian Epstein, they recorded with producer George Martin, and they played in the same areas in Liverpool and Hamburg.

Seven weeks after The Beatles’ third single “From Me to You” went to #1, “I Like It” knocked The Fab Four off the top spot. According to leader Gerry Marsden, “Although I liked it, I wasn’t sure about it because it had the same chords and the same feel as our first hit.”