One Man Plays “Sweet Child O’ Mine” On Two Guitars Simultaneously, And It Will Bow You Mind! 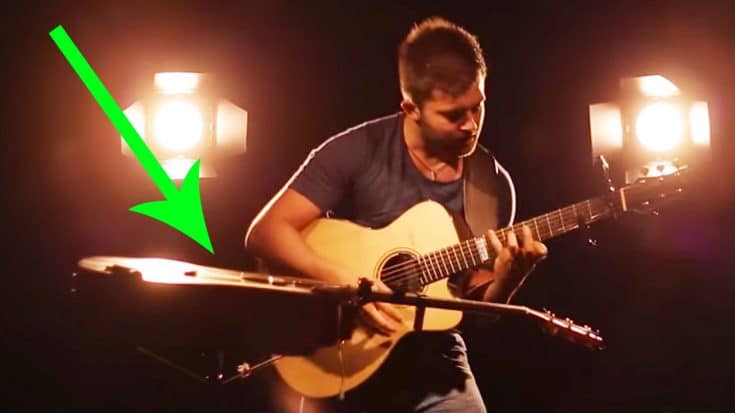 How is this possible!?

Everyone loves the Guns N’ Roses classic “Sweet Child O’ Mine.” It’s easily one of the most recognizable riffs in the history of rock n’ roll history, and is always a go-to riff for guitar players!

Most people will struggle to play this song with one guitar, but have you ever thought of the possibility of playing this song with two? Sounds impossible, right? Well, according to YouTuber Luca Stricagnoli, it’s far from impossible! Luca played this song on two separate acoustic guitars at the same time! His skill is impeccable, because he’s basically playing every instrument at once. He adds rythm to the cover, plays the bass, and even covers the vocals all on the guitars!

Fun Fact: Slash came up with the riff when he was playing around on his guitar. He thought it was silly and wanted nothing to do with it, but Axl Rose loved it and had him keep playing it. Izzy Stradlin added some chords, and the song came together. According to Duff McKagan’s 2012 autobiography, Slash always considered it the worst Guns N’ Roses song.