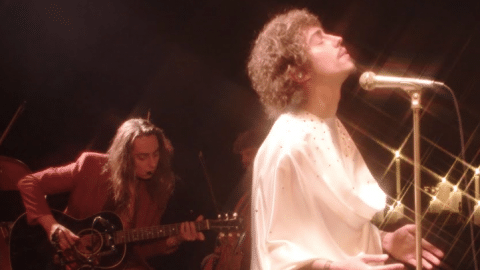 At this point, Greta Van Fleet has proven all the haters wrong – they’re more than just a cheap imitation of Led Zeppelin and it showed in their latest studio effort. They made it no secret that they were influenced and inspired by the legendary rock group and other acts in the ’70s but Greta Van Fleet has now found their sound. They took their sweet time in following up their debut album – 2018’s “Anthem Of The Peaceful Army” but for fans, it’s well worth the wait.

They previously released the epic single “Broken Bells” in March to preview the new record “The Battle at Garden’s Gate”. And for the past few weeks as a promotion for the aforementioned LP, they’ve been streaming live performances and boy oh boy, they’re all glorious.

Speaking about “The Battle at Garden’s Gate”, singer Josh Kizska said: “There was a lot of self-evolution happening during the writing of this album that was prompted by experiences I had, experiences we all had.”

“Certainly after this, we’ve grown in so many ways,” he added. “This album has taught us a lot, about life in general, about ourselves, about all of us, about the world we live in.”

In the video below, it’s hard to deny that Greta Van Fleet is a stellar live act.