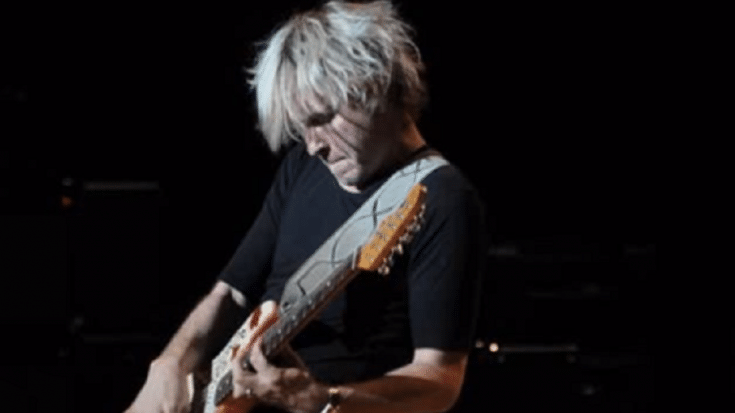 One of our favorite guitarists in recent memory, Kenny Wayne Shepherd is a walking, talking, guitar playing example of what would happen if you put together Jimi Hendrix’s innovation and fearlessness with Stevie Ray Vaughan’s intense love for the blues.

Completely self taught, the 41-year-old guitarist has been a force to be reckoned with on the blues circuit since the early 90s with 4 platinum selling albums under his belt by the time he turned 30 in 2007, but despite the magic he’s worked in the music industry as a singer, songwriter and guitarist, it’s Kenny’s searing take on Jimi Hendrix’s “Voodoo Child (Slight Return)” that fans and critics all over the world just can’t seem to get enough of!

Fun Fact: “Voodoo Child (Slight Return)” was a staple of Hendrix’s concert performances and would vary in length from seven to eighteen minutes.

In 1998 he recorded “Voodoo Child” as the B-side to Blue On Black and if you thought it was amazing in live settings, you’re about to have your mind blown; somehow, it’s even more powerful in a studio setting as Kenny no doubt has more time and room to really open the throttle and play around with the song, exploring sounds and techniques of both Jimi Hendrix and Stevie Ray Vaughan to create something uniquely his own that’s equal parts finesse and brutal force.

Whether you’re a devoted Hendrix fan, a lifelong Vaughan fan, or a champion for the next generation of blues greats like Kenny Wayne Shepherd, this cover of “Voodoo Child” is sure to keep you listening until the very last note and if you’re not already a fan of Kenny’s work, you will be!