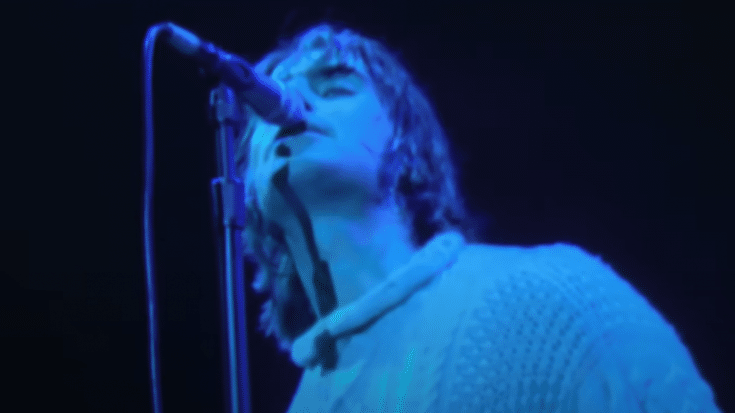 Oasis has shared a previously unseen video performance of their classic hit “Champagne Supernova” just ahead of the release of the band’s feature-length documentary titled Oasis Knebworth 1996 on September 23. This particular seven-minute video was shot during their second show and it featured a guest appearance from The Stone Roses guitarist John Squire.

“It’s blinding. It’s absolutely blinding,” director Jake Scott said. “It’s rock and roll at its absolute best that performance of ‘Champagne Supernova’ and it restores your faith in guitar bands.”

“Knebworth for me was the Woodstock of the 90’s. It was all about the music and the people,” Liam Gallagher noted. “I can’t remember much about it, but I’ll never forget it. It was Biblical.”

This highly anticipated film documented Oasis two career-defining concerts at the outdoor venue, which took place on August 10 and 11, 1996. Directed by Grammy Award-winner Jake Scott, they played to over a quarter of a million fans. It also marked the 25th anniversary of one of the most legendary live concerts in British history.

The press release called it “the story of the special relationship between Oasis and their fans that made the largest concert of the ‘90’s possible.”