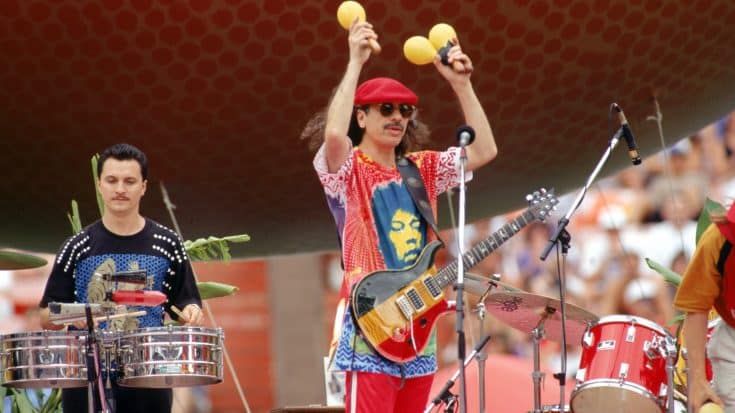 Carlos Santana teamed up with fellow guitar legend Steve Winwood for a soulful take on Procol Harum’s musical masterpiece, “Whiter Shade of Pale”. It’s the third single from Santana’s upcoming LP titled “Blessings and Miracles”. The pair’s cover remains faithful to the original, but Santana also added a bit of his own flavor to it, making the song hypnotic.

Santana and Winwood first met at a show in London’s Hyde Park.

“I said, ‘You and I have to do it, but we’re going to do it very sexy, like a Hare Krishna but with congas,’” Santana explained. “I played the components in his ear, and he said, ‘I hear it, Carlos. You’re right.’ So that’s what we did – it’s Santana, Cuban, Puerto Rican in an African way. And man, you talk about sexy. Steve’s voice is so sexy and beautiful.”

“Carlos has been doing what I’ve been trying to do for the last fifty years, namely combining elements of rock, jazz, folk and Latin/Afro-Caribbean music,” Winwood added. “Carlos’ genius comes in large part from a wonderful combination of rock music with Latin-Cuban rhythms. I’ve played with Carlos on numerous occasions over the past fifty years and I’m very excited to be working with him again still.”