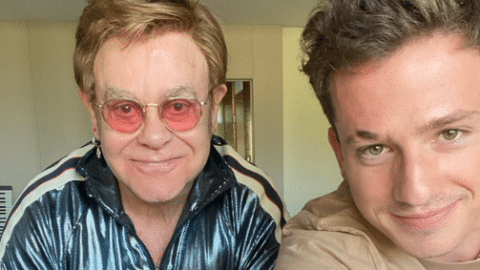 Elton John has joined forces with Charlie Puth for a brand-new duet titled “After All”. This power ballad will appear on John’s upcoming star-studded album, “The Lockdown Sessions”, out on October 22 via Interscope Records.

The pair met in March 2020 at a Los Angeles restaurant. They started collaborating at the beginning of the pandemic, and this was the first track each of them completed during lockdown.

“With ‘After All’ Charlie and I were in the studio, just the two of us. He’s got a little home set up with his keyboards, synths, and Pro Tools,” John said in a statement. “I played electric piano and actually wrote the song all the way through and then Charlie wrote the lyrics pretty quickly. He’s incredibly quick, Charlie. We just had an amazing chemistry in the studio.”

“As a songwriter, I have admired and looked up to Elton John my entire life,” Puth added. “It is truly incredible how the melodies and chords seem to come to him instantly whenever he sits down at the piano. I got to witness that firsthand when we wrote this song together. He is world-class and the true definition of a musical genius. Being a part of his musical journey is a dream come true.”

John and Puth will perform at the Global Citizen Live event in Paris, which will be broadcast on September 25.

John’s “The Lockdown Sessions” will feature his collaborations with a diverse range of artists like Eddie Vedder, Dua Lipa, Mily Cyrus, Stevie Nicks, and Stevie Wonder.