WOW! This Girl STUNS With Her Slash Inspired “Nightrain” Solo! 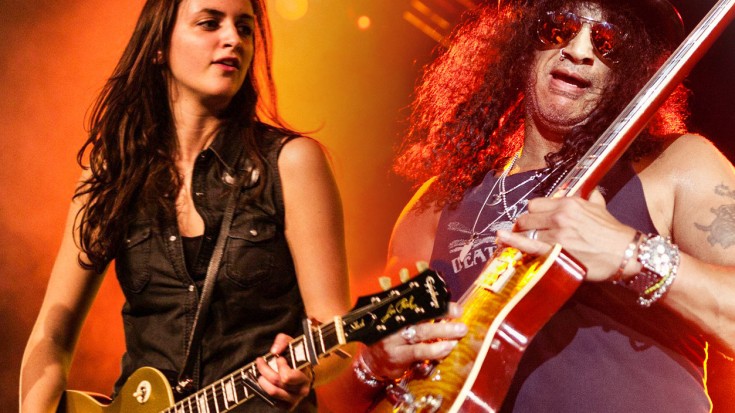 Slash Would Love Her!

This is a cover that even Slash of Guns N’ Roses would be proud of! Laura Cox is a guitarist from France that’s been causing quite a fuss with her guitar covers, ranging from AC/DC’s ‘Back In Black’ to ZZ Top’s iconic ‘Gimme All Your Lovin” with each one growing in impressiveness and technical skill. In this video, Laura took on the solo from Guns N’ Roses’ iconic ‘Nightrain’, delivering a performance nothing short of absolutely breathtaking and technically skilled beyond belief!

Of course, Laura gets her fair share of criticism on her videos – whose views add up to roughly 28 million. However, her skill speaks for itself:

Already a big sensation in France for her phenomenal live shows, Laura’s blend of Southern rock and hard rock have resulted in her first major release entitled Cowboys And Beer.

I’m still blown away by the precision and speed with which she plays – her talent is out of this world!