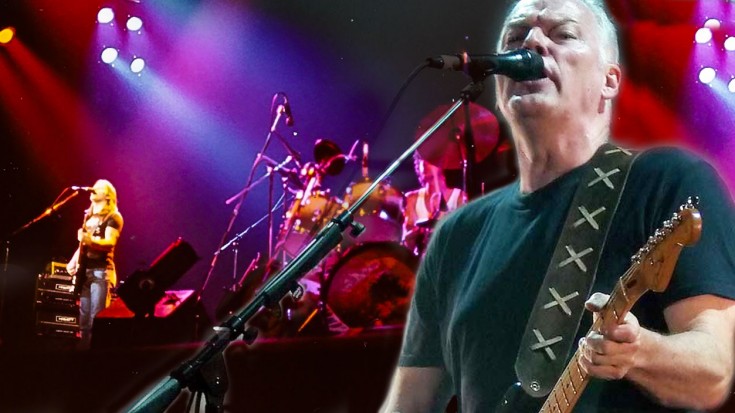 Shine On, You Crazy Diamond…

Known for their lavish concert experiences as much as they are for the albums we love to hear them play live, Pink Floyd outdid themselves with this 1994 performance of the iconic ‘Shine On You Crazy Diamond’! As always with Pink Floyd concerts, there’s a frenzy of lights and sounds that go hand in hand with the music, and with a song as emotionally charged as ‘Shine On You Crazy Diamond’, these seemingly “extra” things just add to the Pink Floyd experience.

Written in 1975 and featured on Wish You Were Here, ‘Shine On You Crazy Diamond’ was written in honor of Syd Barrett who left the band in 1968 due to mounting mental issues.

While it’s not exactly vintage Pink Floyd, it’s still Pink Floyd at their best – to be quite honest, I’ve never known them to ever put on a bad show. Whether you’re a die hard Pink Floyd fan that saw them during their early days or a newer fan just falling in love, this performance of ‘Shine On You Crazy Diamond’ is sure to remind you that even over 50 years later, they’ve still got it!

+ Shine On You Crazy Diamond +

You were caught in the crossfire of childhood and stardom
Blown on the steel breeze
Come on, you target for faraway laughter
Come on, you stranger, you legend, you martyr, and shine

Well, you wore out your welcome with random precision
Rode on the steel breeze
Come on, you raver, you seer of visions
Come on, you painter, you piper, you prisoner, and shine