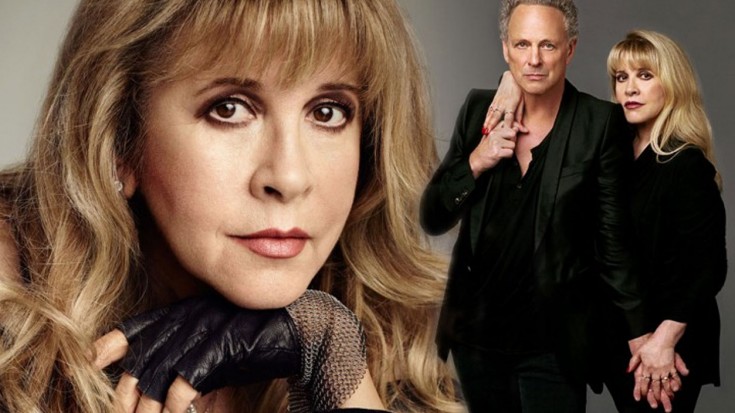 Nicks and Buckingham prove some things are forever

During this song’s performance in multiple videos, Stevie almost always turns towards Lindsay and appears to be singing directly to him.

It was as if she was reminding him who the song was about. “You’ll never get away from the sound of the woman that loves you“. Once they lock eyes, you could see and feel the emotion they still have and felt many years ago. A very intense moment. I had chills watching this.

This montage of their connection is beautiful. You can see the love they once shared is still very present in their performances, and seems as if Nicks is still very heavily affected by the songs she sings of their past memories.

At a particular show in New Jersey in ’97, Stevie was so over taken by emotion, she couldn’t finish Silver Springs so Lindsey did.

Time casts a spell on you, but you won’t forget me
I know I could have loved you, but you would not let me
I’ll follow you down til’ the sound of my voice will haunt you (on 3rd time
Stevie oversings, was I such a fool?
You’ll never get away from the sound of the woman that loves you

You could be my silver springs
My blue green colors flashin’