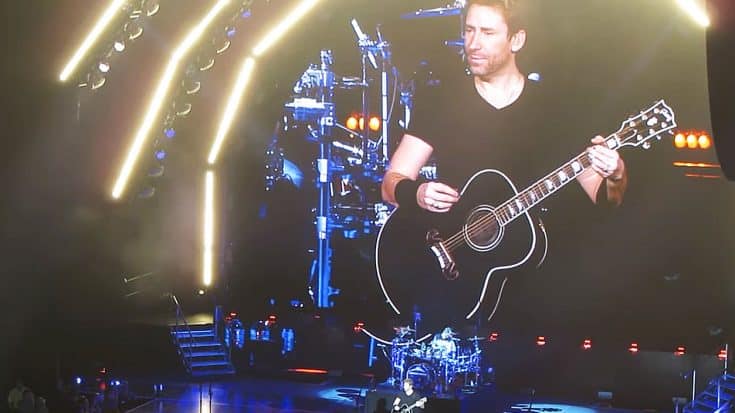 Some Eagles At A Nickelback Concert? – Why Not!?

It goes without saying that despite what you may think of them, Nickelback truly are classy ensemble of musicians. Alongside their stellar original music, as you may have seen before they absolutely kill it when it comes to covers. Their covers of Metallica and ZZ Top’s music truly speak for themselves. If you ask me, I think people are just jealous that they are so successful and that’s why people like to rag on them.

Then there’s The Eagles. I can’t imagine there’s a whole lot I’d have to say to convince you of just how awesome The Eagles are. It goes without saying that this band has some of the most timeless songs of all time. They are legends, pure and simple. So what do you think would happen if the elements of these two bands came together to create a special moment for a live crowd? Let’s find out!

What you’re about to watch is a video in which Nickelback, mid-concert, play the opening chords for the smash hit by The Eagles Hotel California. What happens next is the crowd starts singing the entire song by itself. See for yourself!