Kid Rock Announces Engagement To Longtime Girlfriend, And We Couldn’t Be Happier For Him! 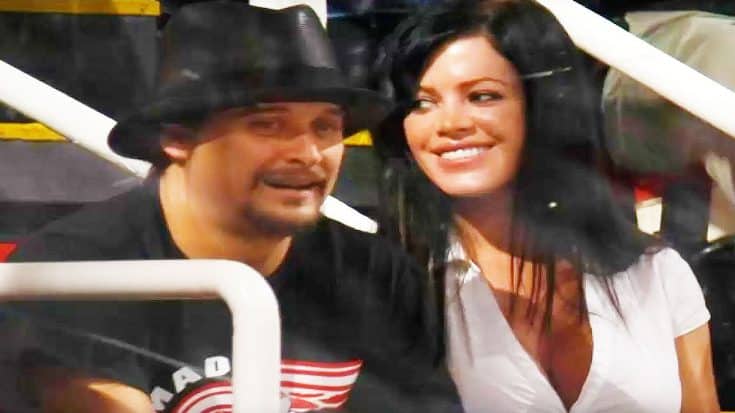 Kid put a rock on it!

Rumors began swirling recently about their engagement, ever since Audrey began wearing a huge ring on her left ring finger. Fans began to notice it last week during Kid’s fan cruise earlier this month. Recently the couple finally confirmed the rumors, and actually revealed that they got engaged earlier this year. So this has been something that’s been official for a while, but we’re just now finding out about it. TMZ originally broke the news, after posting photos of the couple with the ring on their website.

This is Kid’s second marriage. His previous one was the infamous marriage to Pamela Anderson, which only lasted about 6 months. But, Kid and Audrey look very happy together, and we wish them all the best!